@AdrianChen, a Gawker writer who picked up the MyDrama post alleging an illicit relationship between 11-year-old @JessiiSlaughter and 25-year-old Dahvie Vanity of emo band @BOTDFmusic, reported today that Jessi is under police protection, that Child Protection Services is monitoring the family, and that a court has ordered Jessi not to use a computer for three days. 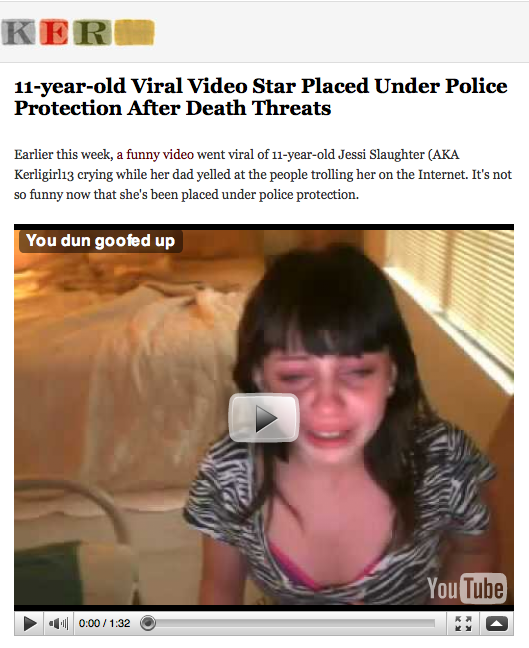 It is unclear whether Chen is aware that Dahvie was arrested in 2009 in Colorado on charges of sexual assault. It is also unclear at the present time whether Dahvie’s accuser recanted, whether the authorities declined to prosecute, whether the case went to trial or whether the charges were dismissed when Dahvie appeared before a judge.  All of the aforementioned theories abound in the comments to dozens of MyDrama posts reporting hitherto baseless allegations of statutory rape against the popular emo lead singer @BOTDFmusic.  When StickyDrama made a phonecall to the Centennial Police Department over the weekend in order to verify that the report was valid, the Police Department’s operator told us that information is kept with the Arapaho County’s Sheriff’s Office of Records, which is closed until Monday.

But it is Chen’s critical stance towards 4Chan (otherwise known as /b/) and Tumblr trolls that has had the unsurprising side-effect of drawing the ire of 4Chan and Tumblr trolls.  And the consequences might NEVER be the same. 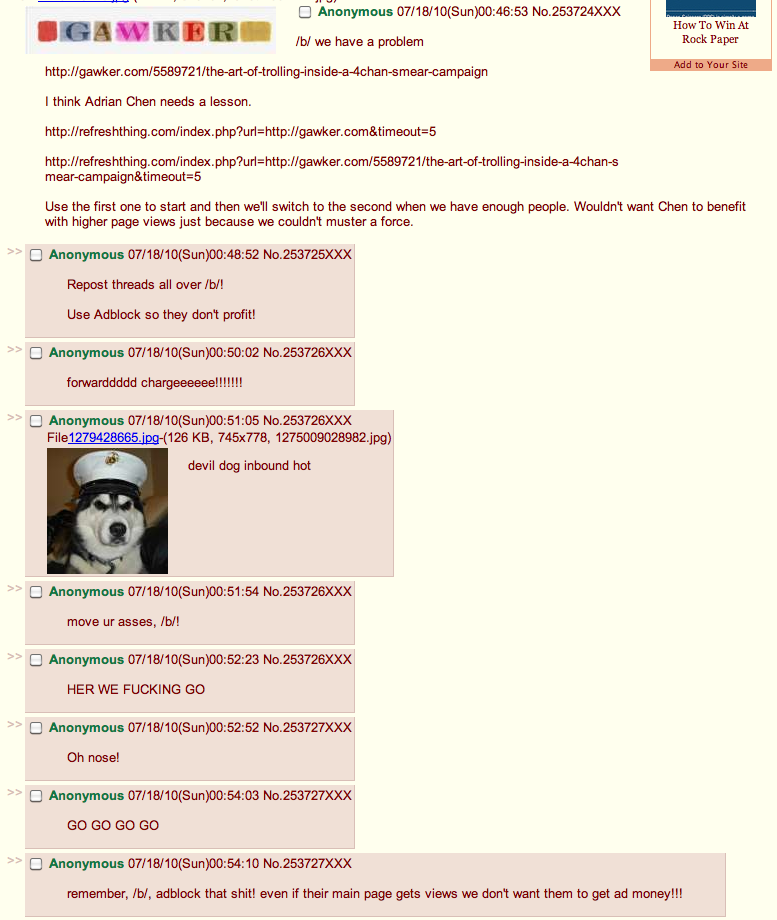 “FOX hates it when we do a story on Anonymous or the Chans,” one of StickyDrama’s contacts at FOX News Investigations told us.  “They DOS the server and deface the websites and call our offices for days.  It’s harmless but a major hassle that they don’t want to deal with.”  For our part, StickyDrama would sooner take on a Japanese billionaire with mob connections than the Chans.  Even NYC’s Village Voice chimed in the fray, opining that Chen is must be looking for trouble.

Since Sticky loves legal documents, this one is for him. Some police report on Dahvie Vanity being a sex offender?

[Sticky’s note:  LOL OMFG YES I DO LOVE THIS!  Thank you, your post is a great example of the investigative journalism that I wish all MyDrama posts demonstrated.  I’ve always given Dahvie the benefit of the doubt regarding statutory rape allegations, but this record of arrest shook my faith in his innocence.  I attempted to contact the City of Centennial so that this report can be verified, but am not sure in which state that city is located; I was on hold for several minutes with the non-emergency line for the City of Centennial, Colorado Police Department before giving up.  Any readers with more information are urged to leave whatever you know in the comments to this post.] 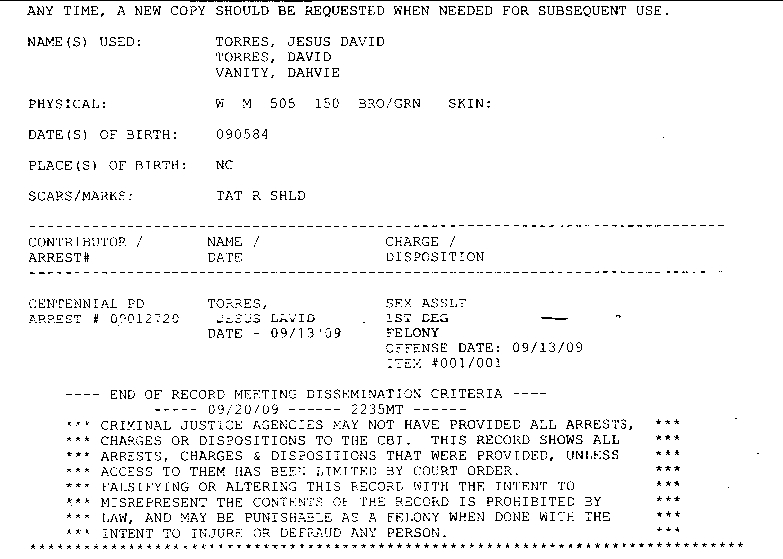 And Jessi Slaughter’s “You dun goof’d” pedo-stache-rocking Billy Mays of a father and irrelevant mother are under investigation by police following complaints of “concerned parents.” [Sticky’s note:  This video is not so lulzy because of Jay and Dahvie’s performances, as because of the context.  Our readers will recall that this apparently national controversy began as a MyDrama post reporting an allegedly unlawful relationship between Dahvie and Jessi; Jessi is (or probably now WAS) a fan of BOTDF and has appeared on video wearing BOTDF merchandise. Is this video an attempt by BOTDF to gain national media exposure by inserting themselves more prominently into the controversy?  WELL DUH!  StickyDrama knows all about that game, lol.]

Sorry if you guys are tired about that Jessi Slaughter girl, but I just thought this video was hilarious.

It’s a grown up Jessi Slaughter!
by lexbiznatches

Her name is danidoll and she thinks she’s perfect too, awwww How CUTE.

The investigative report referenced the several StickyDrama articles pertaining to “sextortion,” or blackmailing sexual performances over webcam.  The broadcast addressed specific blackmailers and cyberstalkers such as Aussie, Sean Savvy, m0d and r0uter.

Death threats against m0d and his family members prompted FOX to disable commenting on their own post of broadcast.  Commenting is allowed here, but any threats of violence towards anyone will be deleted and the commenter’s IP banned from this site.

@JustinBieber is presently being pwnt by the infamous trolls over at 4chan, who are hell-bent on sending the repugnantly popular singer to the rogue nation of North Korea.

Exploiting the fact that any nation–no matter how dangerous or deplorable–could receive votes, 4chan has seen to it that North Korea presently enjoys first place in Bieber’s My World Tour Contest, with over half a million votes. 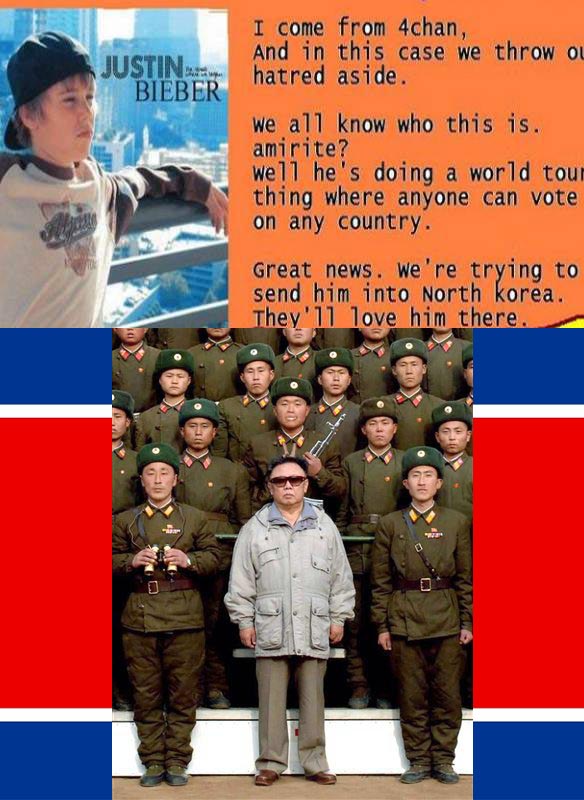 “It is highly unlikely Bieber would be given permission to enter North Korea,” the BBC wrote of 4chan’s prank.  The Beeb furthermore made a rather lulzy observation:  “Given the fact that almost all citizens of North Korea are denied internet access and there are restrictive controls over all media, it is unlikely that any of the votes have actually come from within the country.”

@JohnathonHock Still in Jail
by Sticky

In reaction to recent tweets, txts and IMs that we have received in which individuals claim to have witnessed Stickam rapist @JohnathonHock roaming free on the streets of Phoenix, StickyDrama placed an inquiry at the Phoenix Police Department’s Adult Sex Crime Unit.  Below is our exchange: 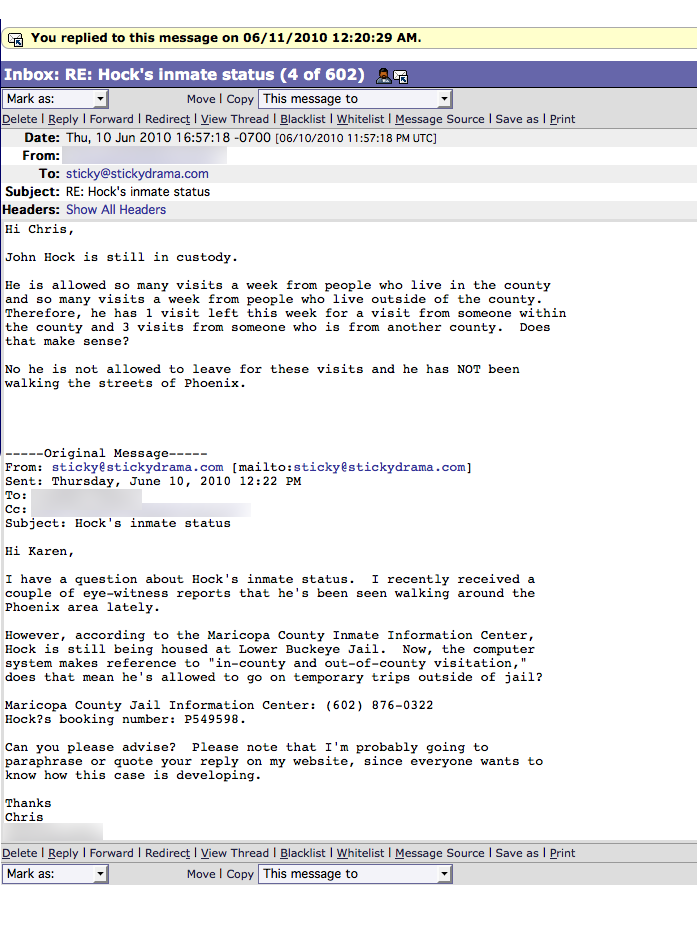 So there, all you stupid underage scene whores who can’t wait for him to get out of jail and rape you too, you’ll just have to fucking wait longer.  He’s not going anywhere anytime soon. <3

Rest In Peace: Hideously Ugly Miss Ellie Dies in Tennessee at the Age of 17
by Sticky

Miss Ellie, a Chinese Crested Hairless dog who skyrocketed to fame in 2009 after being declared Animal Planet’s “World’s Ugliest Dog” contest, has died at the tender age of 17, according to the Los Angeles Times. 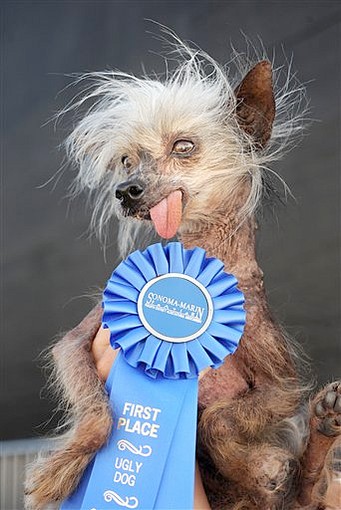 Ellie’s breathtaking ugliness branded its image into the collective unconscious of the nation, and her hideous snout was streamed or embedded throughout countless chatrooms and profiles. 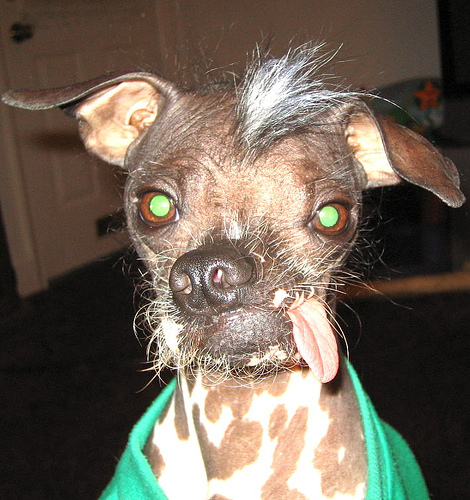