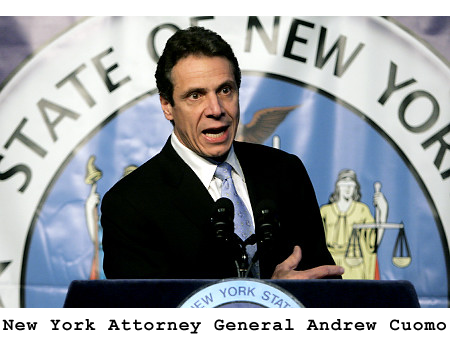 The ABC report reads as follows:

AOL, Google, and Yahoo are teaming up with New York’s Attorney General to identify the sex offenders lurking on their social networking sites and take them offline….  The agreement with Yahoo, Google and AOL affects 13 social networking sites. Google owns Orkut.com and Yahoo owns Flickr.com, while AOL owns the other 11 sites — Classmates.com, Flixster.com, Bebo.com, Stickam.com, BlackPlanet.com, Fotolog.com, Hi5.com, MyLife.com, Multiply.com, Tagged.com and Imeem.com. Registered sex offenders with accounts on those sites will have their memberships purged.

By now, most StickyDrama readers should be aware that Stickam.com is in fact owned by Advanced Video Communications, LLC (AVC). AVC is headquartered atop the US Bank Tower in downtown Los Angeles and is an affiliate of DTI Services, a company that offers live pay-per-view sex shows to the Japanese market.  New York Times reporter Brad Stone (no relation to StickyDrama) has published a series of articles exposing Stickam’s affiliation with DTI as well as the Japanese billionaire who ultimately owns both companies.

The story was covered by all major news outlets, and Stickam’s participation with Mr. Cuomo was mentioned by FOX News, the New York Daily News, the Wall Street Journal, Cnet and several small technology blogs. ABC’s was apparently the only report containing the untrue statement that AOL owns Stickam.

ABC News has a habit of not getting certain details quite right when it comes to Stickam.  When John Hock’s live sex assault made front-page headlines across the world, ABC News reporter Emily Friedman reported that Stickam’s domain url was “Stickum.com.”

Anyway, I finally internet detective’d some proof about Kevin Kemo.

He has nice tits for a boy…

AOL is in trouble as it is, I do not think they’ll add Stickam to their ‘portfolio’ On the other hand I think AVC will try to offload Stickam, perhaps stories like Hock’s an others put a setback on the efforts.

All of those sites blow.

You can’t count on the news media to get some internet shit right, let alone weapons of mass destruction or global warming.

Most of the news folks do not understand this technology (I use to work with some of them). They do not distinguish between services such as Stickam and Facebook etc. this type of false reporting creates even more confusion with law enforcement, which lets face it is not up on this either. So next thing you’ll probably hear is that Stickam is own by MSNBC or something along these lines.

The only reason that I know what erroneous means is because I watched Chicago.
rofl