21-year-old Megz, who resides in the Los Angeles suburb of Torrance, claims on her formspring that she is pregnant with 17-year-old Aaron Arce’s lovechild.
CLICK TO READ IN FULL RESOLUTION:

In other words, Megz just announced to the world that there’s irrefutable proof she committed statutory rape, since the age of consent in California is 18.  Also, because there is more than a 3 year age difference between the couple, Megz could theoretically be charged with a felony.
This would not be the first time Megz was involved in a sex scandal.  Back in mid-2008 she, Brandon Kiss and Joshwa Forbid were all thrown out of Pretty Nicki’s apartment when Nicki discovered the trio in her shower, having a drunken 3way.
CLICK TO READ IN FULL RESOLUTION: 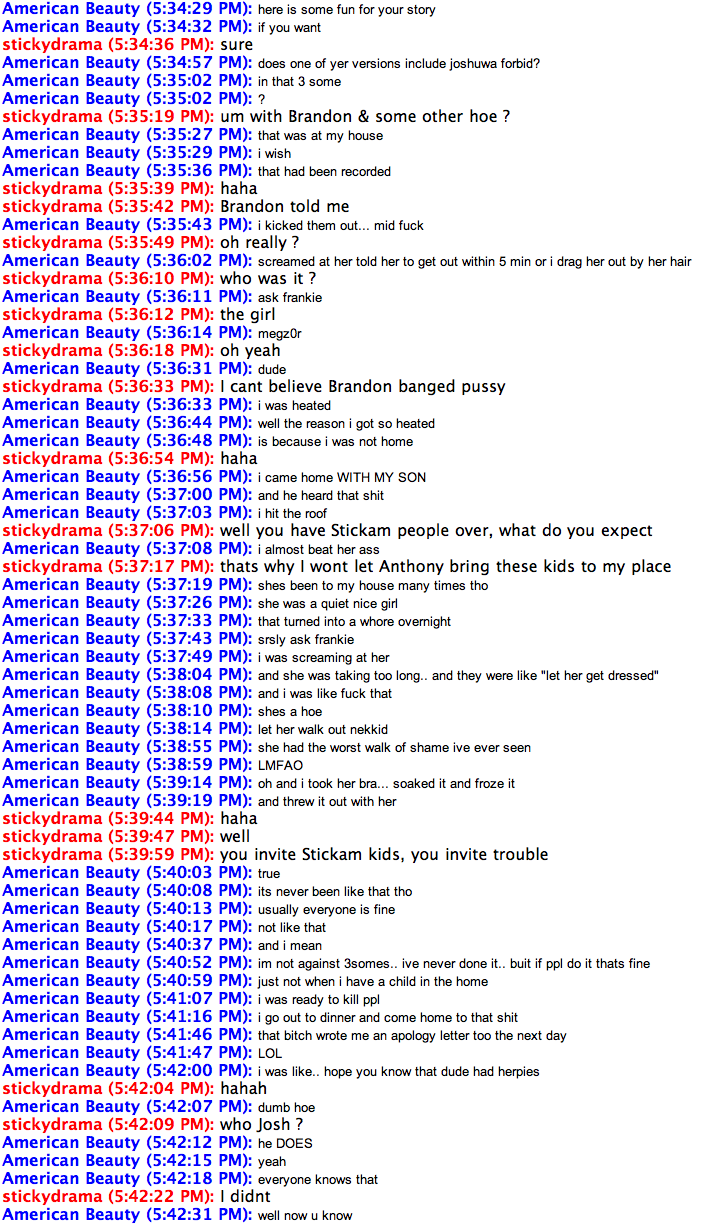 In a word, ew.  Anyway, “there are different rules when a pregnancy is involved,” Megz says in response to a question asking whether she could be charged as a sex offender.  Yet upon examining California’s sex laws, we find no such exception.  Furthermore, whichever detective Megz claims to have asked is legally required to report the crime of “unlawful sexual intercourse” under California Penal Code sections 11166 and 11165.7. There is no prosecutorial discretion for rape, even statutory rape; once the authorities are aware of proof, they are compelled to investigate, arrest and prosecute (and last time we checked, a baby is proof).
StickyDrama deals with 17-year-old, 16-year-old, 15-year-old and even 14-year-old boys and girls throwing themselves in our direction every day.  As tempting as it might be to partake of their goodies, we don’t—because it’s illegal here in California.

From the "No Shit" Department