Woe, a thousand times woe unto StickyDrama, for we were not present during what has been hailed as nothing less than the best fight ever witnessed on Stickam. 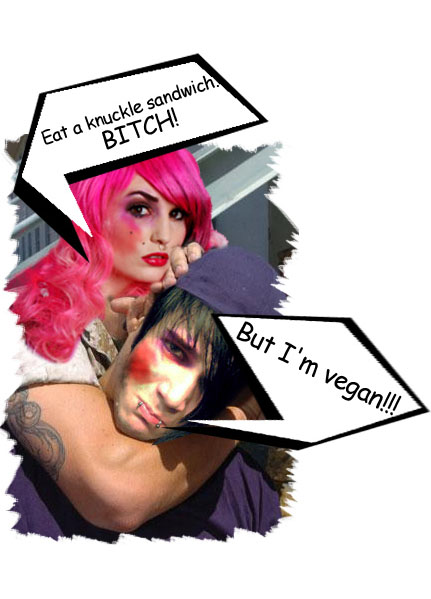 StickyDrama was present yesterday as Tara Mason was Live at the residence of spamgod and occasional on-cam jerk-offer Matthew Lush. Apparently after Tara had kicked us for the peccadillo of streaming our non-explicit Lush GIF, the two started trash-talking Audrey Kitching, who as fate would have it must have been listening to them from someplace nearby. The bitch actually showed up at Lush’s door to confront him!
As Lush and Audrey went at it, Tara brought her laptop to the door so that her viewers could witness the fight. StickyDrama regrets being unable to quote any of the juicy morsels exchanged; all we have been told is that Audrey confronted Lush with what he had said, and he denied having said it, the lying pussy cocksucker.
Anyone who screen-recorded the confrontation, or is even able to recollect the exchanges between Lush and Audrey, is urged to contact StickyDrama.
http://www.stickam.com/gaygod
http://www.stickam.com/audreykitching