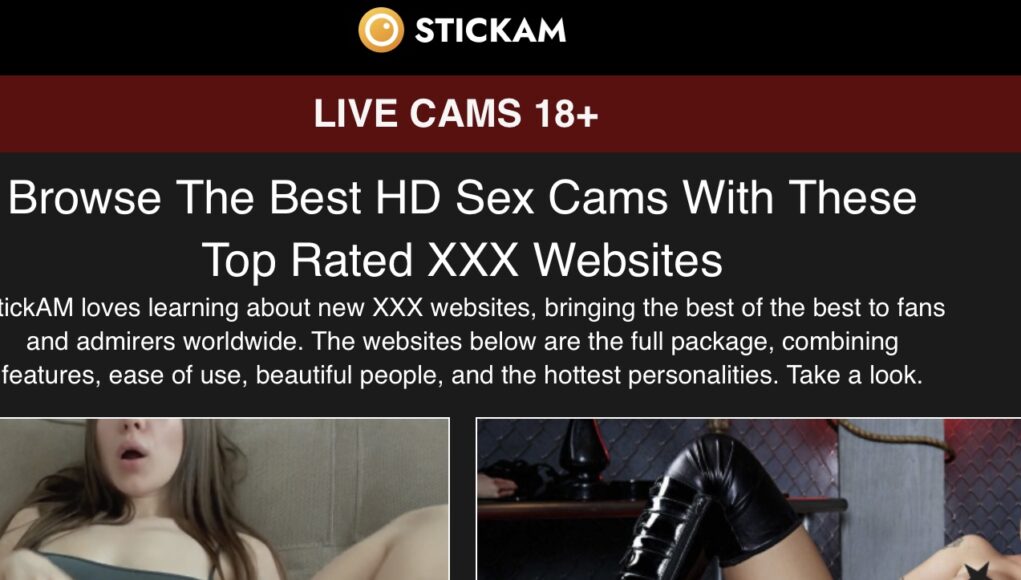 A few months back, social media was abuzz that the live streaming social network Stickam was relaunching.

Reboots becoming more and more common with the rise of streaming, combined with 2 years of social distancing that exposed a larger swath of Internet users to live video apps like Zoom, both made a relaunch of Stickam seem realistic. Stickam users generally agree that nothing nowadays compares to the dynamic and engaging nature of the live streaming video network, which was online from 2005 to 2013. While never as popular as Myspace or Twitter, Stickam’s community was intensely loyal and exponentially more interesting. Some of Stickam’s “entertainers” would become today’s biggest influencers, including disgraced makeup mogul Jeffree Star, disgraced filmmaker Shane Dawson and disgraced porn slut Chris Crocker. The Japanese version of the site—which is the original—still exists.

So when former Stickam users noticed the domain had been transferred earlier this year, rumors and speculation abounded. Soon thereafter, the long-dormant Stickam homepage was updated to a countdown promising that something was “coming soon.” 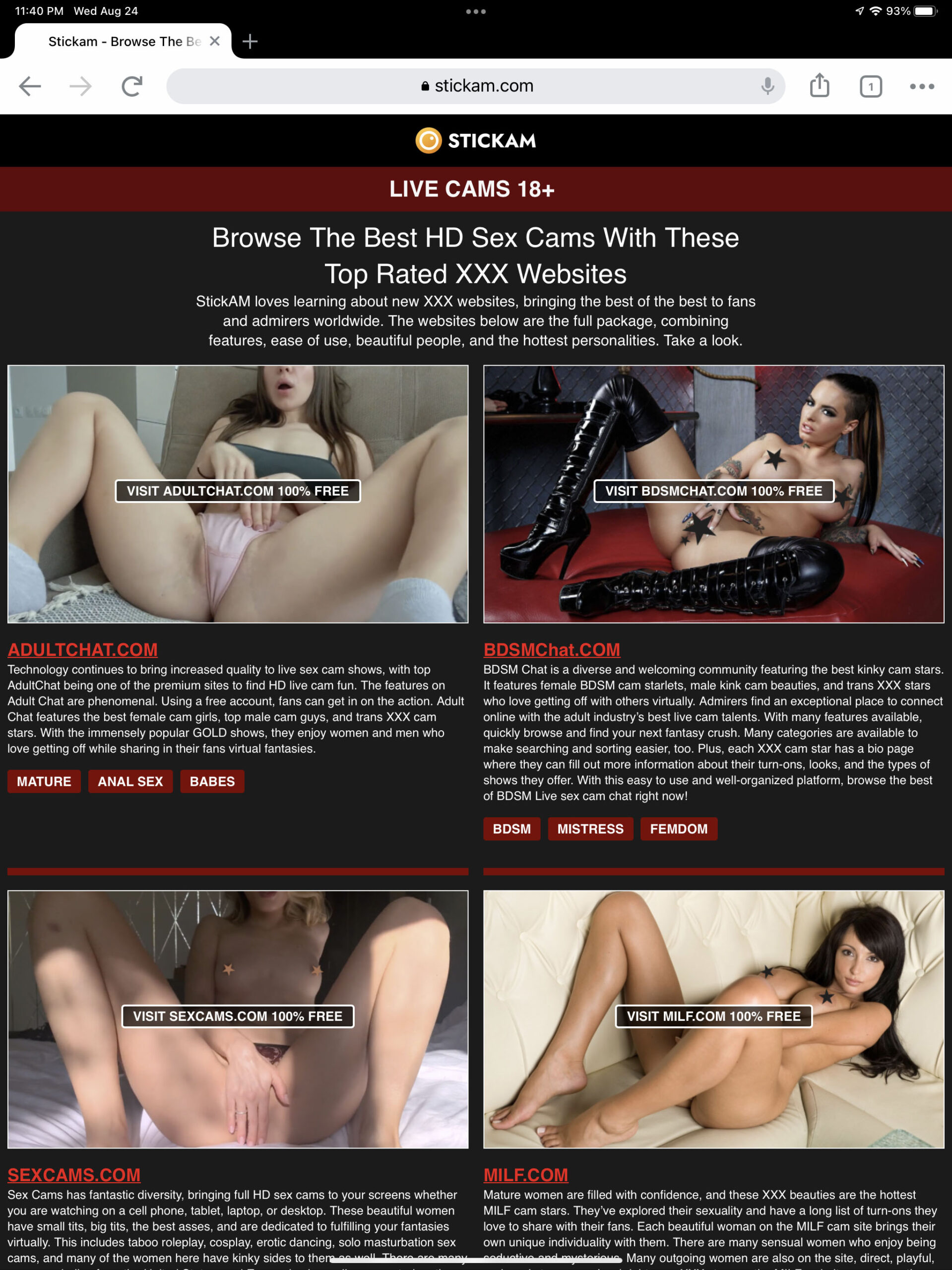 With the domain transferred to a smut peddler, our dream of a relaunch has been reduced to ash. Former scene kids lamented the ignominious end to the network that had been such an influence in their formative years. In a rare moment of lucidity, braindead hooker Amor Hilton commented thus: 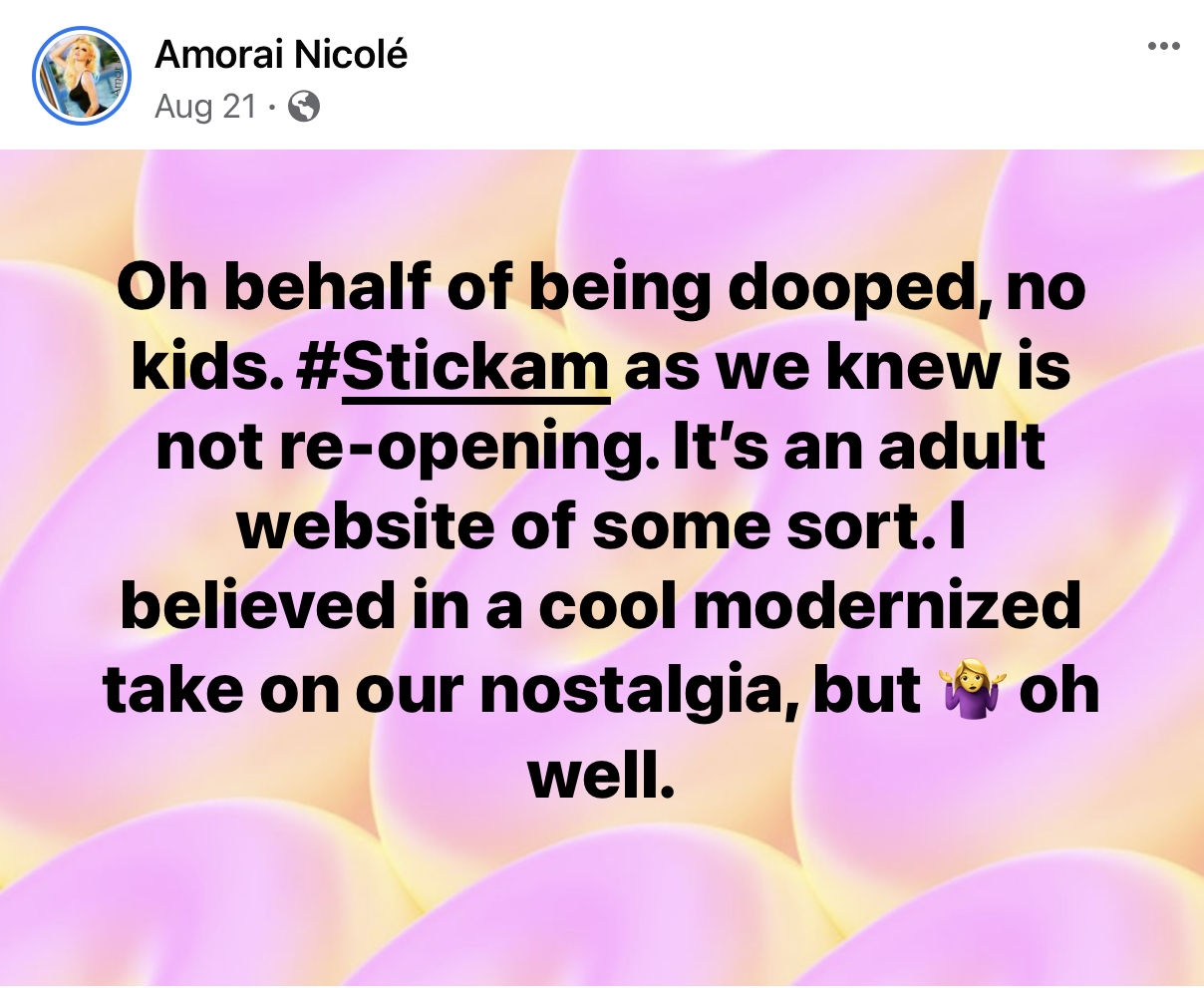 But don’t worry darlings, StickyDrama isn’t going anywhere. We love enraging our haters too much.