UPDATE:  DFizzy pulled a Tomy Toolshed and re-activated his YouTube account the same day he had deleted it.  Oh well … glad you’re still around, Damon. 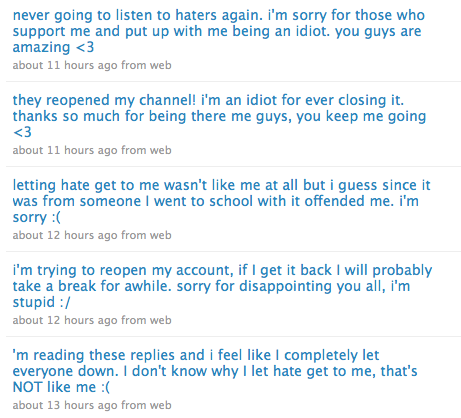 According to Encyclopedia Dramatica, he even attracted national attention for making #mileyispregnant and #dizzyownsperez trending topics on Twitter. 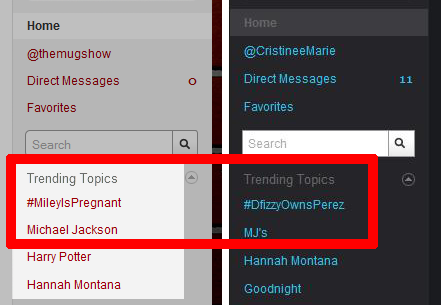 Explaining why he deleted his YouTube, Damon tweeted today, “I can’t have fun with it anymore like I intended so I’m done … people saw it as it should be more than for fun & should be a job to me, but I didn’t see it like that.”  But his earlier tweets also suggest discouragement arising from “hate.” 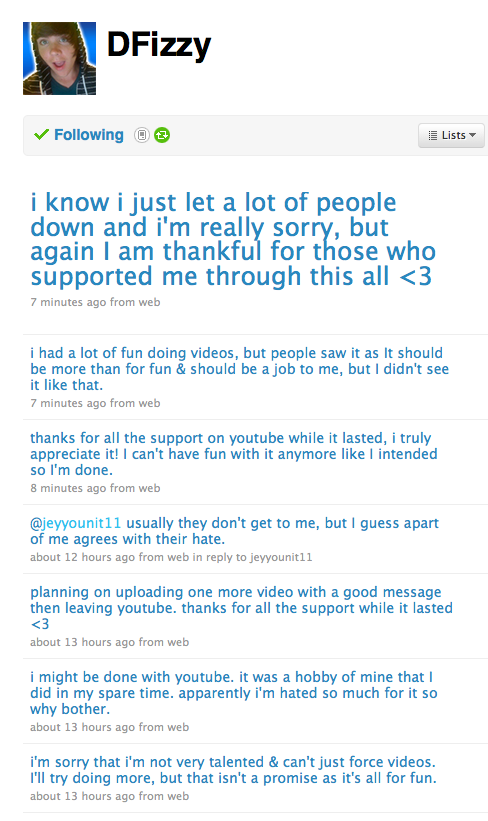 StickyDrama does not know the nature of this “hate.”  Our first reaction is surprise:  An entertainer does not attain Damon’s level of e-fame without  developing a thick skin to insults and trolls; a few rude tweets do not, it seems to us, fully explain Damon’s decision to leave YouTube.  We will update this post with further information as it becomes available.