StickyDrama thought we’d start off the New Year wrong by throwing a bone to the Amorons, who have been hungry for more pharmacological lulz from Amor Hilton.  Well how does a video of her ripping off Danny Worsnop’s clothes sound?
[kaltura-widget wid=”tna43cldug” width=”410″ height=”364″ addpermission=”3″ editpermission=”3″ /]
Danny, for those readers who don’t know, is the singer for Asking Alexandria. To StickyDrama all that screaming crap sounds the same, but they’re a bunch of cute young white boys with their own Myspace page and everything, so they must be pretty good. 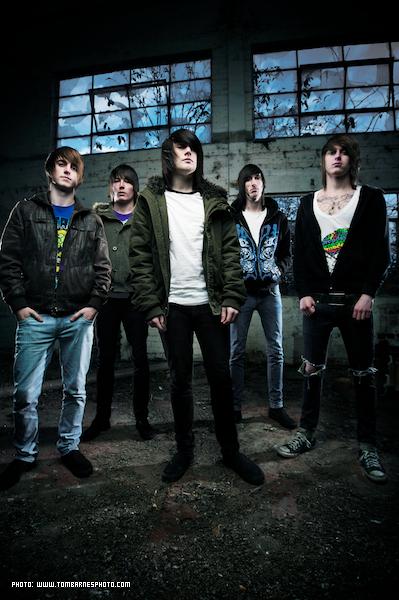 Anyway Danny and Amor drove to downtown LA on New Year’s to party with Anthony Vanity and his boyfriend Steven Troye in addition to StickyDrama.  Of course, with that many faggots around, you know it was only a matter of time before we were cajoling the  straight boy to take off his clothes.  Not that we had any prurient interest; we just wanted to see his tattoos.  Danny, who had been nursing a bottle of Jager all night long, merrily obliged.  (And that, fellow cocksuckers, is why Jager is your best friend.)  After he chivalrously rubbed his bellybutton lint on Amor, she tears off his shirt as if it had Xanax in the pocket.  This one might last forever!  Or a week.
http://twitter.com/AmorHilton
http://twitter.com/dannyworsnop
http://myspace.com/askingalexandria