Are you textually active? Teen Sexting; the ‘post-modern flirting,’ churns utter hysteria in the United States. 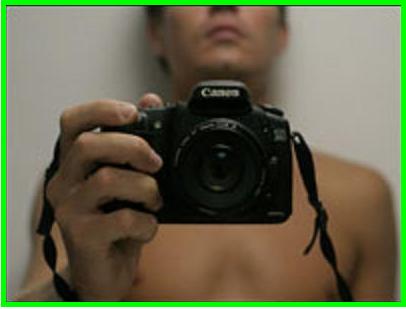 (God forbid one would ask Stickydrama readers to do some serious thinking but I guess it’s worth a shot.)

There is an interesting debate boiling in this country. The Issue:Teens sending naked cell phone pictures. A phenomenon more widely known as ‘sexting ‘. A practice we thinkMiley Cyrus has inspired millions of teens to try out for themselves. The release of Miley’s picturesprompted the fuckingFEDSraiding intoJosh Holly’s Tennessee apartment… so does it really surprise anyone that other teens pictures of that nature are landing kids in courtroomsfacing serious charges?

AsDavid Rosen eloquently put it: ‘Sexting is the first innovative form of pornography to organically emerge in the 21st century.’ It’s so new that there are not proper laws in the books to deal with it properly OR effectively. I’d say the current draconian laws being blindly applied and the manner in which we are dealing with this are aptly comparable to America’s botched past prohibition of alcohol and the current war on drugs — maybe worse. It’s pure insanity to continue to deal with this ‘epidemic‘ as we are. This is where the ‘American Insanity’ comes in. We Americans have a great talent of obsessing over sexual matters. The ‘Sexting Hysteria‘ must end — and soon!

Part of the comic value here iswho is ending up in court: The ones who took the pictures of themselves. Teens are facing child pornography charges on multiple levels and threats of being labeled a sex offender for the rest of their lives. Legally that would bar the teenager from being around schools and even playgrounds — pretty fucking funny right? No.

There are lots of current examples to be referenced:

There is another noteworthy item which might help explain this serious judicial overkill. The highly publicized caserecently posted in mydrama about 18 year old Jesse Loganwho hung herself in her closet after her legal sexting n00dz were leaked school wide. So now everyone who sexts are in grave fucking danger!!!!!! Her mother is now out there on a mission to bring sexting to the foreground and help ensure there are consequences. I wonder if she thought it would end up backfiring to the point that her daughter would have been the one prosecuted!? Especially considering she was 18 and sending it to underage boys. Maybe she was just particularly unstable. Anyone who is going to hang themselves over teasing and their naked pictures getting out would have probably hung themselves SOONER if they were also facing child porn / sex offender charges on top of that as Jesse would have been charged today!

A Tiny Shimmer of Progress:

Not surprisingly, the US law system is light years behind the reality which we enjoy. This was really apparent with the recent news that a wacko district attorney in Pennsylvania doing an all-out blitz to power through child pornography charges against 3 teens who appeared in cell phone pictures. The Judge in this case blocked the charges! Thank the gods thatthe ACLU is there to smack some fuckin’ sense into these people — They have now fired back with a lawsuit against this DA, defending these 3 girls. This is going to be a good lesson and precedent to prosecutors and Judges nationwide.

None of this is trying to justify themany,many cases of adults sexting minors… or even teensposting n00dz for revenge. I’m talking about the minor-to-minor sexting and even the mass-sexting of friends of classmates. Once they have sent out the n00dz once, it is not in their control anymore. The reasoning that is directing these fucking asshats to file these types of charges on minors is the same type of fundie-logic that allows a person to proclaim the evils of condoms while their children are out getting fucked by burly Alaskan boys. **cough-bristolpalin-cough** How many of these District attorneys children are sexting their raging boners to petite lil bitches?

This is inexcusable and fucking insane. How I wish I could be there when future generations laugh about this footnote in history. Oh and lock your cell phones you retarded teens 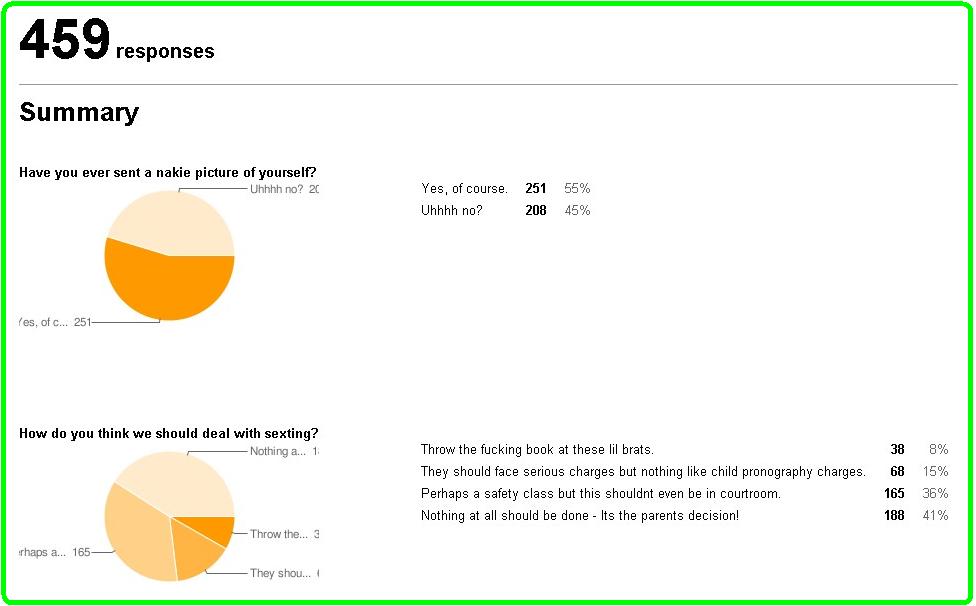 Afterword: Granted our poll is entirely unscientific, but it is still interesting. After less than a full day of voting we found that just over half of the Stickydrama readers had sent naked pictures. I was expecting a bit more but this is not surprising. As I had hoped and expected people overwhelmingly chose the last of the 2 responses regarding punishment. Voting that it shouldn’t be in the courtroom at all and that its up to the parents, nothing should be done legally. Hopefully this whole topic and these cases will all be a distant memory soon. Thanks for voting.