Ladyjbug, a middle-aged female Stickam user, has learned a timeless truth of the Internet: Guys love girls who show cleavage. 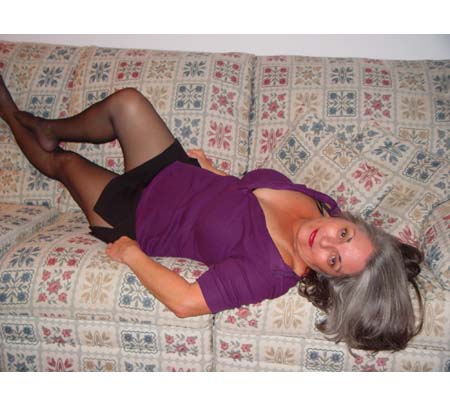 On the other hand, ladyjbug seems not to have learned that it’s unwise to upload full-resolution pics to one’s Stickam profile. It enables viewers to zoom in and see how unkind Time has been. As we have done here:

Let us not be misunderstood. StickyDrama is not saying that a mature woman cannot be alluring—we’ll let our readers’ comments say that. Rather, we’re saying that any woman, whether 15 years old or 50, invites ridicule when all she does is slut around on cam in negligee with her titties popping out.
http://www.stickam.com/ladyjbug

Pardon Us While We Rofl