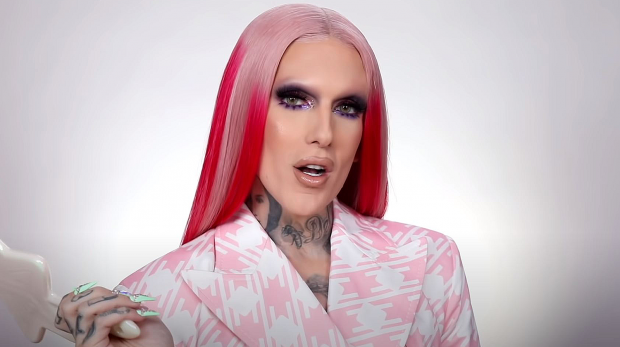 StickyDrama shared the opinion expressed in most of the YouTube chat, which is that the interview was anti-climactic. Far from offering any new details about Dahvie’s alleged crimes, Jeffree actually walked back from some of his more forceful statements on the subject in the past.

For example, Jeffree did a complete 180 regarding the infamous tweet in which he claimed to have seen “illegal” activity:

But in tonight’s interview, Jeffree claimed that he never saw Dahvie commit any crime. Jeffree explained, or attempted to explain, that he was merely being “dramatic” at the time. Maybe “100% ILLEGAL” is dramatic. Maybe calling Dahvie a “monster” is dramatic. But saying that you “saw … sexual things”–that’s not dramatic. That’s a very specific observation.

So, thanks Jeffree, for not adding anything substantial to the case, and actually harming it by now saying that, in fact, you never saw anything.

Moreover, Jeffree’s professed ignorance about the situation makes his calls for Dahvie to rot in prison forever, or face the firing squad, all the more alarming. If Jeffree wasn’t a direct witness to Dahvie’s crimes, how can he be so certain that Dahvie is guilty? Because a bunch of women are making YouTube videos? It’s times like this that make StickyDrama feel as though we were the only American who had to read The Crucible in high school. Yeah, we said it.

Regardless of how useless Jeffree’s interview would be in a criminal case, StickyDrama feels that the writing is on the wall for Dahvie. With all these interviews, eventually some prosecutor is going to want to make a name for him/herself and go after him, “he said, she said” be damned. Hey Dahvie: Now is probably a good time to convert to Judaism.

Something Wicked This Way Comes: @Mikeyy_