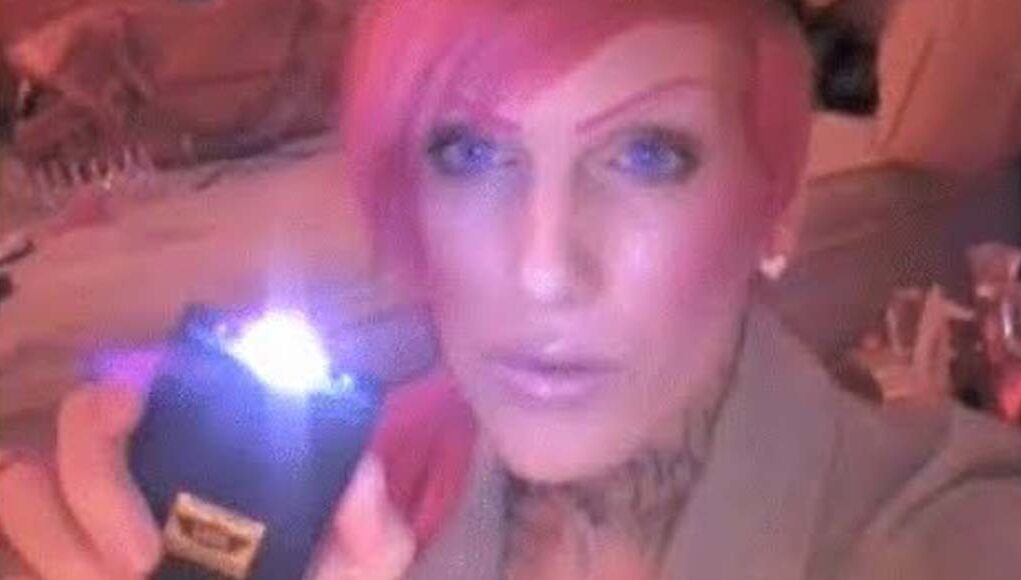 Gage Arthur, a former Stickam entertainer who was never hugely popular in terms of social media following but was very well-known among Stickam’s upper echelons, claims that Jeffree Star drugged him, tortured him with a taser and raped him in an exclusive interview with StickyDrama. 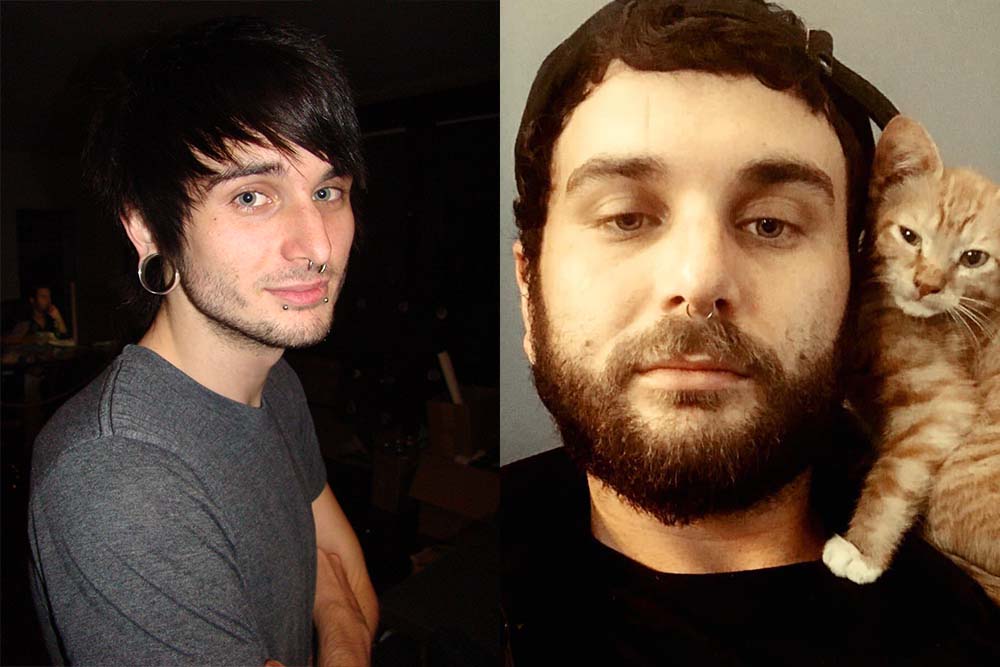 Gage Arthur then and now

Picture it: Los Angeles, 2010. Nobody wore masks and homeless tents weren’t everywhere. Jeffree Star was the most popular influencer—back then we called them “entertainers” on Stickam—but had not then figured out how to translate that popularity into financial wealth. Gage was an utterly destitute scene kid from Mississippi who had dreams of making it big in L.A. by being famous for nothing. (Big reveal: things didn’t work out.)

That’s how he ended up at Jeffree’s. According to Gage, who identifies as straight, Jeffree would literally shove pills down Gage’s throat. Particularly Ambien, for which Gage claims Jeffree had an illegitimate prescription solely for drugging and seducing or raping young men. Gage used that word, “rape,” but for the sake of precision StickyDrama will clarify that Jeffree sucked Gage’s dick under threat of force and actual use of force—i.e. the taser—as well as Gage’s incapacity from drugs.

When drugs alone weren’t enough to convince Gage to ram his pussy pounder into Jeffree’s tranny candy, Jeffree resorted to violence. Gage claimed that Jeffree once zapped him with a taser until he submitted. All this happened 10 years ago, before Jeffree was wealthy; so it’s reasonable to assume that Jeffree wasn’t able to fuck straight boys the polite way, which is to offer them money.

As a gay man, albeit one a few degrees closer to normal than Jeffree, StickyDrama is extremely cognizant of the harmful trope that “gay men are pedophile rapists.” It’s a cheap accusation that has been used as a political weapon against gay men for centuries, even against StickyDrama. (Although that same writer also made up the UVA Rape Hoax, so you be the judge.)

But in this case, there is so much substantiating evidence and multiple corroborating witnesses. For starters, there’s this video of Gage and Jeffree kissing, which Gage claims was taken in Texas back when he was 17 years old. Gage claims that Jeffree had given him drugs then too, but that no tazing or sex occurred beyond the kiss. In any event, they were definitely physically present together and sexual stuff was happening:

Anthony Vanity was present at one incident and confirmed that Jeffree tazed Gage in the parking lot outside a movie theatre. Jeffree and others also tweeted about the incident:

And Jeffree seems to have a thing for Tasers and pills: 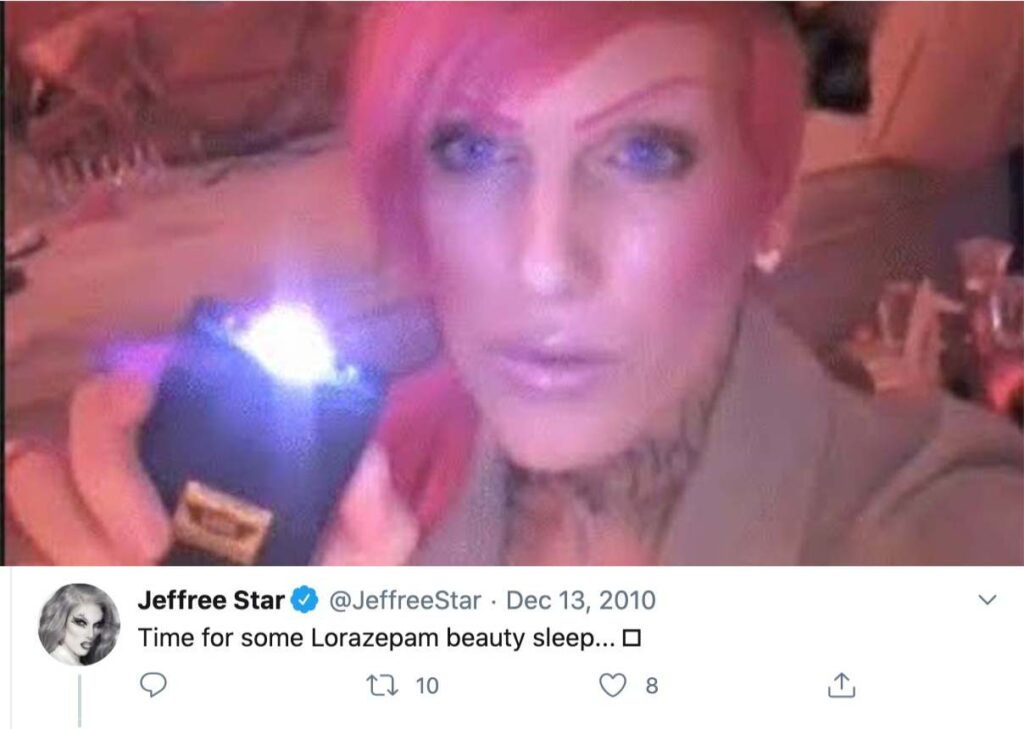 Other victims are apparently surfacing with similar stories of Jeffree’s raping or attempting to rape them by force: 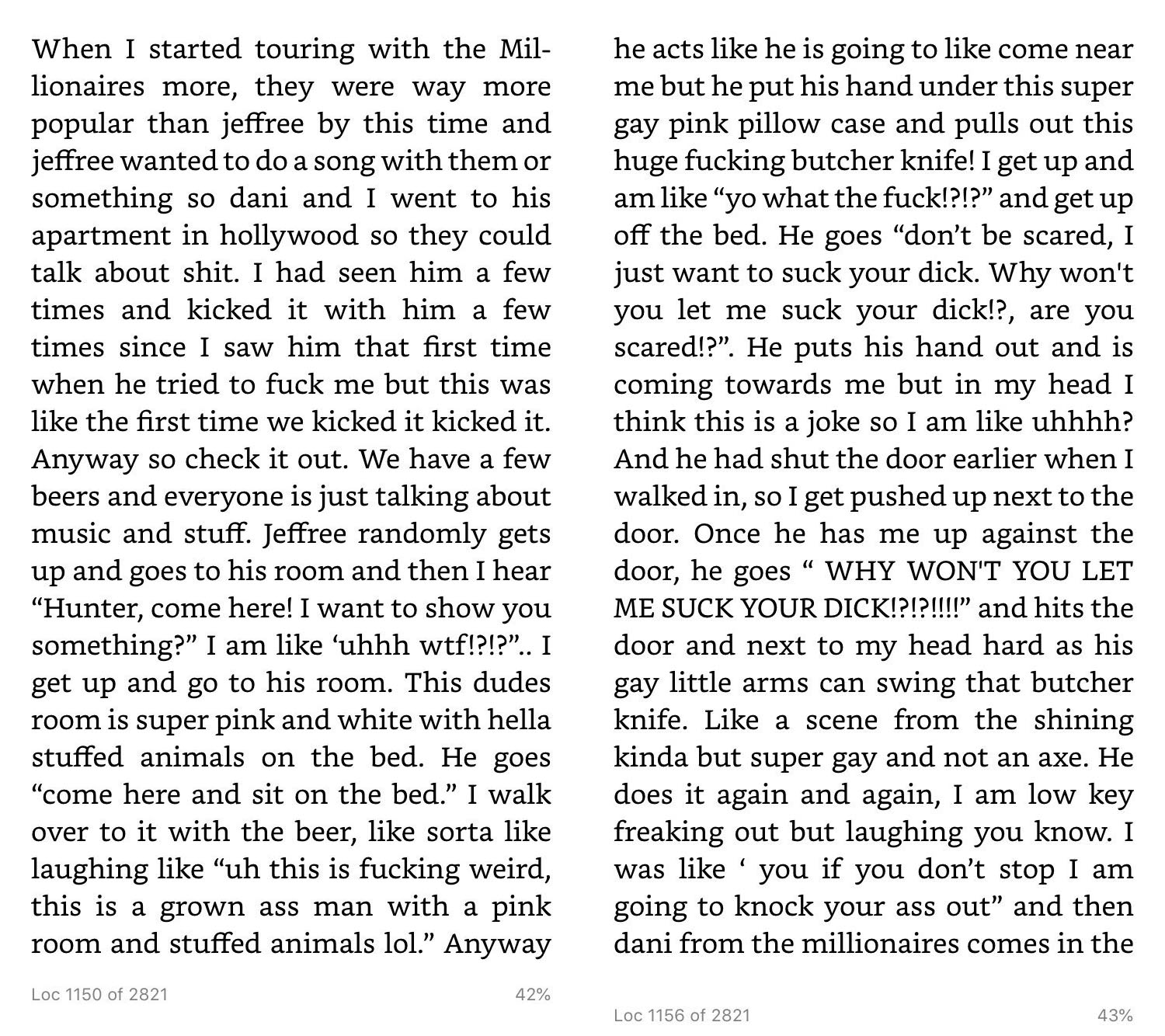 So there we have motive, means and opportunity: a damning case against Jeffree. But why is Gage coming forward now, after a decade?

“I have PTSD from it,” Gage told StickyDrama. “Like I was hanging out with a group of drag queen friends who were joking around with a taser, and when I heard the taser’s clicking I got super uncomfortable and nauseous.

I want to talk to Jeffree and tell him how what he did affected me. I’ve tried many times to reach him but he never responds. So that’s why I want to do this, because I hope that maybe Jeffree will see this and reach out to me.”  Likewise, StickyDrama requested comment multiple times, directly to Jeffree as well as his staff; our messages received no response.

Moral of the story, kiddos: When an older man feeds you drugs, he’s probably up to no good.

Jeffree Star on Dahvie Vanity: "I Never Saw Anything Illegal … But He Still Deserves The FIRING SQUAD!"