Kayvon popped into StickyDrama’s chatroom tonight, and we were stunned to see that he had shaved his head completely bald.
StickyDrama couldn’t resist inviting him into our Live for an interview. When asked why on earth he would want his head to be smoother than Corey Pattakos’s nutsack, he responded that he was a great admirer of Sinead O’Connor. He then began lip-synching to her “Nothing Compares To You.” 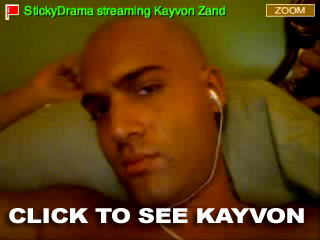