You did what with who for how many jelly beans?!?!  This is the story of mutual whoredom.  The Center For Lollatology posted previously that the Stickydrama voters didn’t have much faith in obsessive Lush to maintain a relationship with cuddly, cutie Connor.  However, a recent finding sheds more light on Connor’s possible ulterior motives.  They are both using each other for their own reasons so maybe it will go along swimmingly.  Lush wants to make Connor the ‘Happiest boy in the world’ as his Myspace screams: 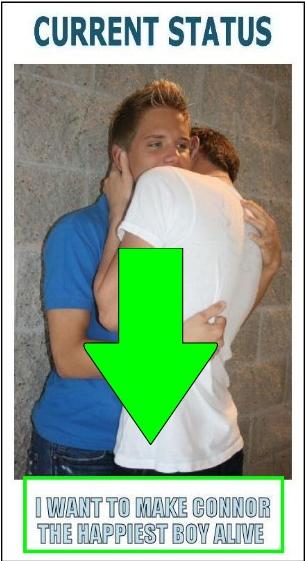 Those who have followed Lush will recognize this from years past when he was googly eyed over cutie model Phillip Holbert in March of 2007.  Lush liked him so much he flew to NYC to surprise Phil who seemed just a tad creeped out in the video (backup) when the then sick Lush rubs his germy hands all over Phil’s adorable face.  Its safe to say things fell through with Phil. 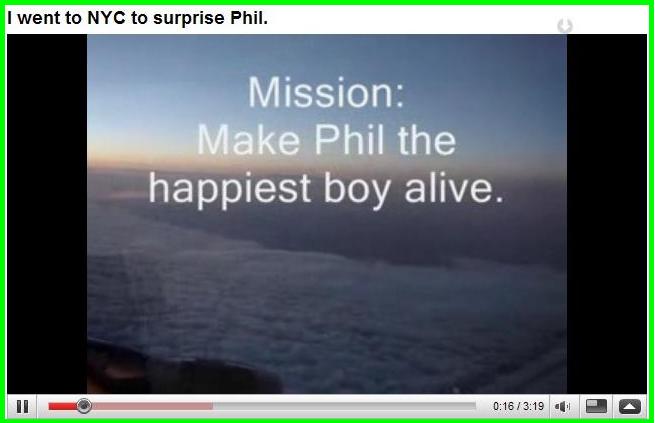 There is no question that Matthew Lush needed something to spice up his online empire and what better then a young, lively, blond, hottie?  They are precious to most unscrupulous internet consuming teens.  It couldn’t be more of a win-win situation for Matty boy being that he also get to milk out Connor’s creamy loads.

The 4-5 month relationship of Lush and Connor has been interesting to follow and extremely choreographed.  All appearances have been planned and the fake element often bleeds through.  The relationship has utterly altered Matthew Lush’s vision from himself as a single powerfag to a supa dupa power couple.  His myspace profile is inundated with Connor as a simple glance will show you.

All of 10 months ago Conjon16 (backup) as he is known on Yahoo!, posed an interesting question (backup) on ‘Yahoo! Answers’ that Brad Radical noticed and it really shed some light on his motives.

Our favorite answer was the entry by ‘Spooks’:

“change your myspace url, become scene, take professional photos of yourself that look nothing like you and completely photoshop them. browse profiles and add everyone you come across. act like your better than everyone else. and tadaa your myspace famous :)”

Looks like cutie Connor is well on his way, just hop-skipping along.  Sucking his way right to the top!