Its time once again for another quick, serious look into whats happening around the interwebs. BlogTV officially announced this Wednesday on their community blog that they will be paying 50% of video ad revenues to their entertainers who are approved for their ‘Ad revenue share program‘. This cleared up the many rumors of monetary offers behind the scenes by the Israel based BlogTV admin. Specifically the dark dealings of the big BlogTV overlord herself, Kara Hannah: 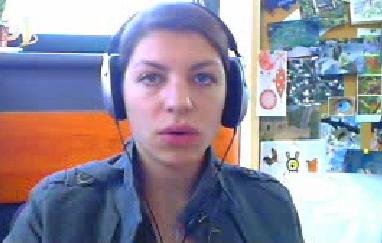 The same BlogTV overlord who whined recently about BlogTV running out of money and repeatedly denied the accusations of paying entertainers before Buckley ‘spilled the beans’ about the bucks. ‘What the Buck‘ host Michael Buckley appeared on CNN sharing his insight and smiling ear to ear about the fact he is raking in $100,000 a year from his YouTube alone. Click to watch the CNN interview: 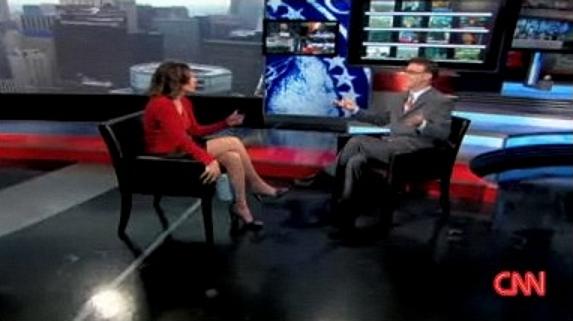 Interestingly, Buckley goes on CNN and the very next day BlogTV comes out with this ad revenue program. Buckley laid the smack down on starry eyed young video makers who think they can make easy money — he explains its wasn’t easy at all. Something only a very talented homo could do with his spare time. In addition to his YouTube, he is making ad revenue from his BlogTV appearances; both live and recorded. He joined BlogTV as he says: because they made me the best offer of any of the live-streaming sites and my viewers really enjoy it over there.

Will trends like this prompt Stickam to up-their-game, abandon their current policies and begin forming a partnership program like YouTube and now BlogTV? Perhaps, but don’t be quick to assume. As similar as the sites are, they are just as different. Whereas BlogTV focuses more on single entertainers, Stickam does that and ten times more. BlogTV has shown growth but its difficult to guess how long this trend will last, if at all. 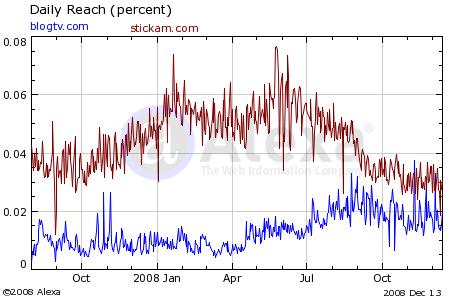 Stickam has been busy spearheading other innovative things which could spike their growth like stickam mobile, pay per live, the just released API. Perhaps they have more in the works to attract and compensate entertainers. Either way, those at Stickam HQ are surely rooting for Iranin President’s plan to ‘wipe Israel off the map‘ quickly solving their BlogTV issues. lol.