Oh yes, dear readers:  We took it that far. 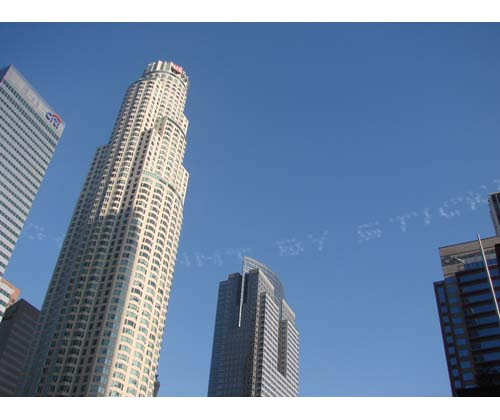 At 3pm on the dot, all of Los Angeles came to a screeching halt, as movie stars and illegal immigrants alike stared at the sky and asked in unison, “What the hell is that?!”

The high-resolution photos taken by a professional photographer won’t be ready until Monday, but StickyDrama was present during the pwnage and took a few quick shots to post today.  We could not help but chuckle at the few hardcore yuppies who quit yapping on their bluetooth earpieces for a moment to admire our handiwork; security guards emerged from their front desks, perhaps wary of some terrorist attack; one Stickam employee sent us a txt that the message could be seen from their house; after a few minutes, at least 2 helicopters circled the Bank Tower, apparently trying to get a glimpse at what the fuck was going on.

We had the pilots do 3 rounds of skywriting, in order to get the shot right.  The message read, “U GOT PWNT BY STICKYDRAMA.COM”—forgive the vernacular, we were limited to 25 characters.  While the wind might have distorted the lettering, we did not observe any typos.  “STICKYDRAMA” was spelled correctly; suggestions that the planes wrote “STICKYBRAMA” are inaccurate, as the below photo proves: 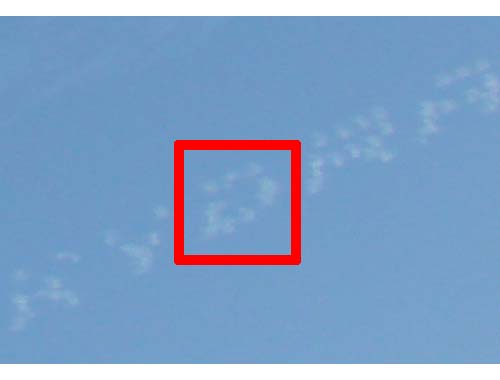 StickyDrama has created content for cable television, but we will admit that a production of this magnitude was a learning experience.  Our next skywriting stunt, “STICKYDRAMA <3’S ADAM PARANOIA’S P33N,” will be even better.