Our devoted readers will recall Tomy Toolshed admitted to committing the crime of statutory rape a year ago.
So it is only fitting, in the Stickam Universe which knows not Justice nor Propriety, that Tomy now serves ice cream to children in the Chicago area. 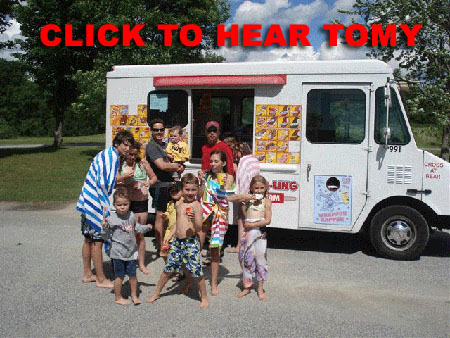 For those sick fucks who just Googled “Ice Cream Man Rapist” and have no idea who the hell Tomy Toolshed is, all you need to know is that he boasts of “getting paid pretty good money doing nothing but handing out ice cream to black kids.  I get to be a pedo.”
StickyDrama recommends not drinking the water in whichever government-cheese-eatin neighborhood whose kids are lured by that off-key Pop Goes the Weasel song.