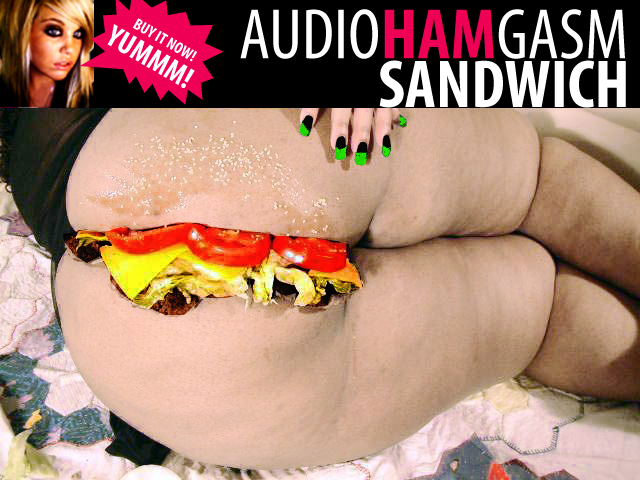 On the SXSW profile, there is a video entitled boothiness in which a distinguished gentleman named B.O.B. Bob snatches a spare mic next to Adam Paranoia and shamelessly plugs his music. Adam rolls with it, and everyone had a cute laugh.

Mysteriously missing from the SXSW videos is that delicious moment when Audiowh0regasm interviewed B.O.B. Bob and his friends. B.O.B. rudely snatched away the microphone to promote his upcoming shows, and even more rudely dropped the mic instead of handing it back to her when he was finished.But the creme de la creme were the many requests B.O.B. and his friends made for Audio to stand up and “show her ham.””Show us your ham!”
“Get up Chelsea … Let’s see your ham!”
“Yeah girl … get up!”
Clearly outraged, Audio refused; however B.O.B. and friends simply wouldnt take no for an answer. She wouldn’t stand up so as not to reveal her ham, and they kept hounding her as she helplessly looked away. StickyDrama deeply regrets not having been able to screen-record the glorious moment, but we do have these caps: 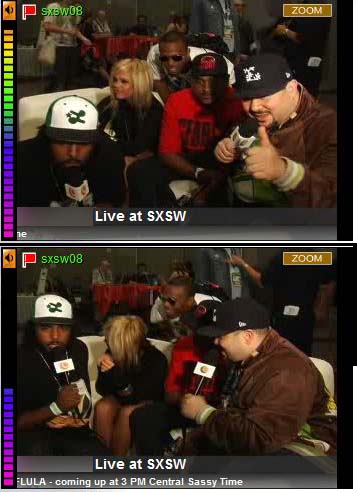 Interesting that NO ONE stepped up to help her. The anonymous angel who sent us these caps even claims to have heard Adam or Andy chuckling behind the camera.
Anyone who happened to screen-record B.O.B.’s hamming it up with Audio is asked to please send it to StickyDrama.