StickyDrama’s bullshit detector went off the charts recently, as we listened to Audiowh0regasm’s unconvincing explanation of how her n00dz were leaked. In Dani Mosh’s LIve, Audio claims she preferred to “sacrifice [her]self to save Matthew’s reptutation.” Gosh Audio, aren’t you Jesus Fucking Christ? 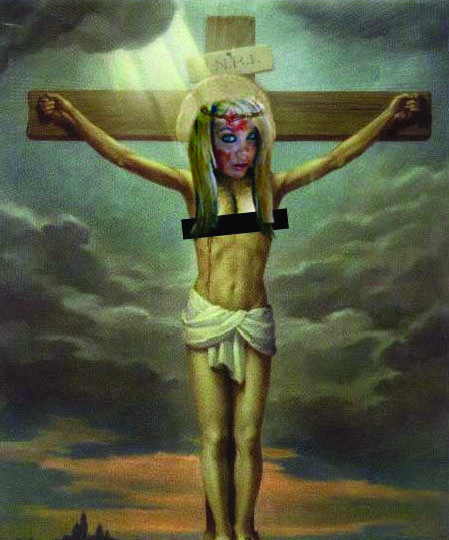 Confirming most of the details in StickyDrama’s account of how her tits were seen by thousands of people, Audio then veered into an unconvincing narrative concerning spamgod Matthew Lush’s jerkoff video. According to Audio, the hacker who had hacked her Sidekick and stolen her n00dz also boasted of having the fabled Lush video; whereupon the noble, selfless, Zen master Audiowho0regasm thought of her dear friend Matthew and said “if I have to show my tits to make sure that other people don’t get in trouble, I would rather do that.”
Riiiiiiiiight. Somehow she rationalizes sending her n00dz out, to prevent Lush’s video from coming out? StickyDrama fails to see any logical connection between the two n00dz.
Apropos the Lush video: StickyDrama understands that even our most loyal readers want us to just post the damn thing already. We want to post the damn thing too, and are doing our best to make his cock, balls, asshole and cumshot available to all the world as soon as possible. For various reasons this might be delayed until April 13th at the latest. Patience, cocksuckers.