Reagan Vuitton recently sent StickyDrama a gem that made our black heart leap with joy.

This videoclip, recorded last year, shows Hock dancing and waving a bag of Ecstasy—the “White Lady” variety, Reagan noted. Whereas images of Hock holding marijuana are common and, in StickyDrama’s eyes, not a big deal, waving around “hard drugs” with the intention of selling to teenagers is another matter. Reagan claims to have often witnessed Hock sell Ecstasy to children as young as 15 years old; he furthermore claims to have witnessed then 18 or 19-year-old Hock have sex with several underage girls, and in particular this girl who Reagan says was then 13: 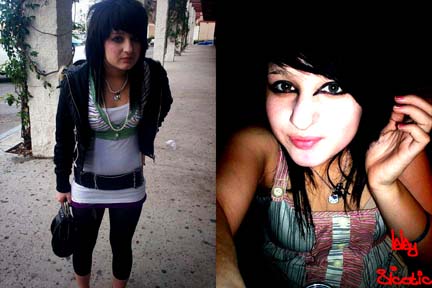 Pretty much the only nice thing Reagan had to say was that Hock at least didn’t have HIV or AIDS. Reagan had himself tested after some unprotected frolickings he and Hock enjoyed during their friendship.
Our readers might ask, as StickyDrama asked Reagan, why would a friend reveal such damaging information to the most cold-hearted cocksucker on the Internet? It turns out that the two had a falling out when John heard that Reagan had spoken ill of him at Juma Junkiee’s: 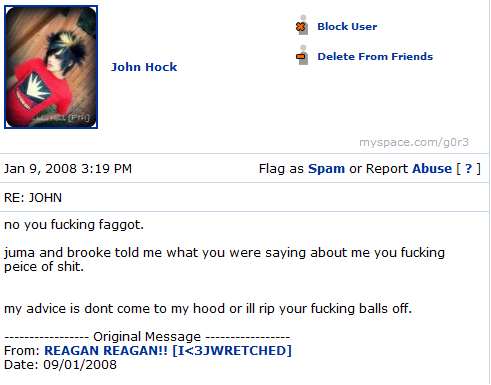 What a prince.
The best hope Hock’s unborn child has for happiness would be miscarriage. According to the US Department of Justice Bureau of Statistics, white male drug dealers have a 75% rate of recidivism, meaning that they are very likely to return to a life of crime.