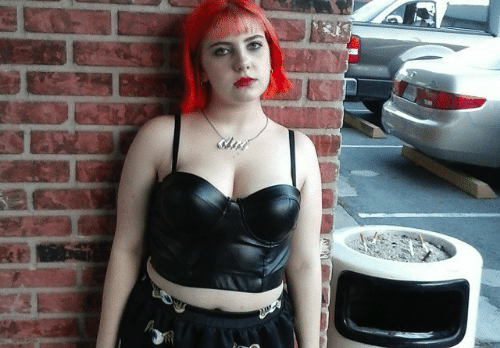 StickyDrama writes under quarantine in downtown Los Angeles, 2020 having cloaked the world in darkness. It’s a very different place than the carefree days of 2010, when Stickam was still online and boys (legal boys over the age of 18, Mr. Hansen) would joyfully flash their cocks on camera for mod. Now, the apocalypse is nigh and we risk our lives shopping for groceries. So of course it’s the perfect time to revisit this big old mess.

As Chris Hansen has been heavily promoting recently, he interviewed Damien “Dami” Leonhardt, formerly  known as Jessica Leonhardt, aka Jessi Slaughter, a full decade after her controversial relationship with former Blood On The Dance Floor signer Dahvie Vanity broke the internet, before that phrase was even a thing. And lo and behold! Now she says that yes, Dahvie did in fact rape her. StickyDrama can barely contain our shock and surprise.

In order not to trigger our more sensitive readers, StickyDrama will not go into graphic detail about the alleged rape. Just kidding! He made her suck his dick. Which, if true, is wrong, illegal, disgusting and definitely absolutely 100% real rape. “Rape rape,” as Republicans and Whoopi Goldberg tend to say. Normally, in the case of an adult and conscious woman, StickyDrama would ask what effort, if any, she made to resist; but in the case of a 10-year-old, we’re going to call it rape even if she gleefully went along at the time.

The problem is that Jessi has zero credibility. She has given many on-the-record interviews over the years, in which she denied that anything sexual took place, for example her Nightline interview. Skip to 2:00 for the good stuff:

StickyDrama even privately interviewed her around 2011 or 2012 and she still maintained Dahvie’s innocence back then too. At the time she had decided that she was a gay trans man—i.e. she still liked dick but considered herself a man, since men can supposedly have tits and pussies too because 2020. Glad to see she’s apparently outgrown that nonsense. Anyway, unless her 2020 Hansen interview were the only piece evidence you’d ever seen, it’s objectively impossible to believe her. And that’s a damn shame, because in our subjective heart of hearts, we do believe her now and only thought she was lying back when she defended Dahvie.

Yes, she was only 10 years old. Yes, rape victims often mix up details. Yes, there’s no such thing as “the perfect victim.” But whether or not anything sexual happened at all is no “detail.” It’s the entire case. Dahvie will never face any criminal charges over the Jessi Slaughter affair, because with all her previous on-the-record denials there’s reasonable doubt all over this case. The statute of limitations has probably run out too. That being said, StickyDrama would not be surprised if all this renewed publicity brings other girls out of the woodwork who don’t have the same credibility issues as Jessi, as we’ve seen in the cases of Bill Cosby and Harvey Weinstein.

Hansen’s role was not the defense attorney tossing tough questions at a rape victim. He just wanted to elicit Jessi’s story from her. But his failure even to gently ask for an explanation of her on-the-record denials robbed his interview of any sense of truth or fairness. He could have easily phrased his questions to give her a path out of the lie—“I was so young, still loved him, didn’t want him to get in trouble, just wanted the story to die down”—but not even to mention it! Ignoring her on-the-record, nationally broadcast denial of the rape is inexcusable, even by journalistic standards, let alone legal ones.