The archetypal child who embodies everything that goes wrong when a teenager gets a webcam. 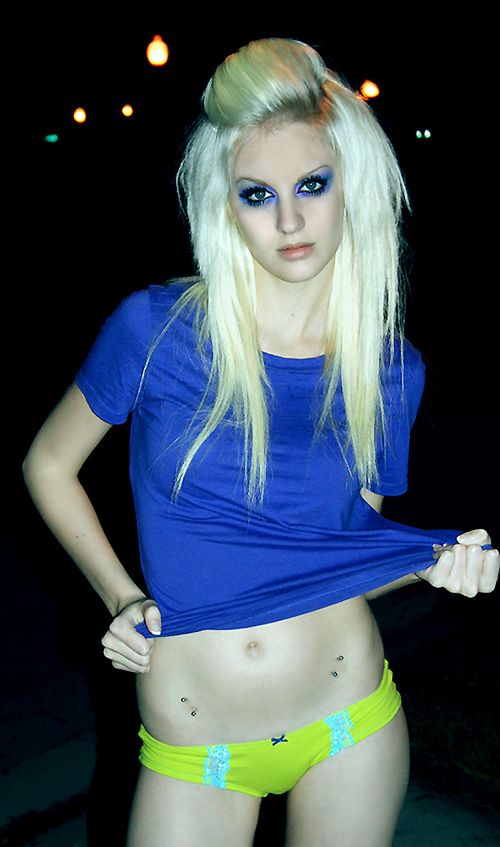 Stickam’s top-ranked female Entertainer for years, Kiki was banned from Myspace at the age of 14 because of the uproar surrounding her ubiquitous underage n00dz, taken for an e-boyfriend who of course spammed the bejesus out of them.  Originally from the Coral Springs district of Miami, she was forced to move to the Orlando suburb Ococee after the death of her ex-boyfriend Danny Cespedes, aka Mr. Myspace.  After 19-year-old Cespedes broke up with then-15-year-old Kiki, her mother Cathy Ostrenga reported Cespedes to the police for statutory rape.  In an attempt to evade the police, Cespedes accidentally fell to his death from a parking structure.  Kiki almost always goes Live under the oppressive supervision of her mother, whose on-camera meltdowns and dingbat ramblings are pretty damn funny.  Kiki supposedly turns 18 in September 2010, and often tweets about moving to Los Angeles in order to further her music career.