It began as an ordinary Sunday night, until a darling angel PMed StickyDrama with an epiphany unparalled since the birth of Christ. The Sociopath Next Door, said our messenger sent from Heaven above, was Live and having an all-out war with none other than spamgod Matthew Lush.
What we found therein seemed to us nothing less than a celestial sign that StickyDrama is indeed doing God’s will. Sociopath, whose name is Max, turns out to have been an ex-boyfriend of Lush; they dated many moons ago for a period of 3 weeks. Max was very very drunk and dishing out more dirt than is to be found inbetween Daniel Hilton’s teeth. With Lush in the Live pleading for Max not to reveal his secrets, Max told StickyDrama the spamgod’s unremarkable birthname, his unimpressive cock size, and his hypocritical schemes for online fame and fortune. (Lush was in the chat but not on-cam.) 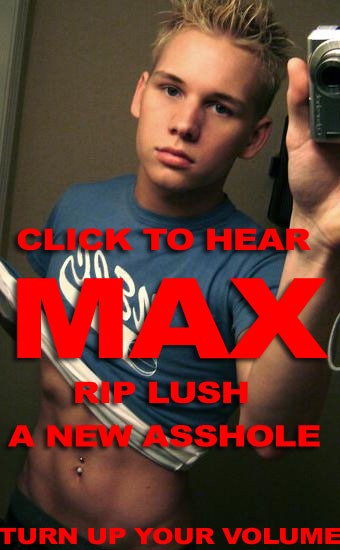 Word of the drama spread like wildfire throughout Stickam. ROFLs and LMAOs peppered Max’s chat, which was otherwise filled with Lush’s pathetic denials that he had ever auto-added friends or used a comment-spamming script (he insisted that he manually adds and comments all his friends). At one point during the fight, StickyDrama had the temerity to announce that we would stream Lush’s nude photos through our cam feed; Lush must have summoned an admin, because immediately one appeared in both Max’s Live and our chatroom. The admin did not kick or ban, but remained present until Max eventually passed out drunk.
We apologize for the low quality of this recording. You must turn your volume all the up to hear his voice.
http://www.stickam.com/profile/mranonymous87
http://www.stickam.com/profile/gaygod