In the latest Jerry Springer episode of Kiki Kannibal drama, her mother is furious that someone is posting their family’s home address all over Stickam, all over the internet, all over everywhere. Mama Kannibal apparently means business, and swears she’s going to the police, the FBI and *snicker* the governor of Florida. Kiki, in a rare moment of perspicacity, pleads with Mama to calm down, knowing full well that she’s being recorded. 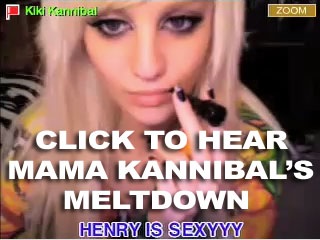 The “piece de resistance” is when Mama Kannibal plops down, on camera, all the death threats Kiki has received throughout 2007. WOW!!! Even Kiki was stunned by the stack of print-outs, which was as thick as the Manhattan Yellow Pages: 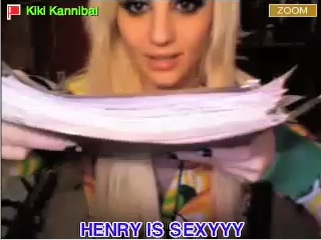 Well Mama, it’s good that you’re concerned for you daughter’s safety, but it still hasn’t occurred to you to KEEP HER THE FUCK OFF STICKAM. It’s unwise to allow your 15-year-old daughter to prance around in her underwear in front of God knows who.
http://www.stickam.com/profile/kikikannibal