Many will recall the famous and infamous original Stickam Man-boy, Dougie (Skatapunk15). Dougie was ruthlessly molester’d by a series of mydrama posts which exposed him as being a fake pretending to be a young angelic boy. During these attacks on Dougie, the issue of an individual named ‘Crazykid1‘ was raised. Crazykid1 was an older man who was always a mod for Dougie’s live and who’s purpose in the room was to protect Dougie from Pervs and Pedos. Crazykid is now Kevin01. Kevin01 is 38 year old Kevin William Wehlau. Kevin enjoys frequenting Stickam and apparently sees himself as catnip for the boys. He has been banned many times but like he says on his profile, hes back, and he even gives Stickydrama a lil shout out: “IM BACK BETCHES AND IM NOT GOING NOWHERE SO POST ALL YOU WANT, YOUR JUST MAKING ME POPULAR LIKE EVERYONE ELSE. MY TRUE FRIENDS DONT CARE ABOUT YOU OR STICKYDRAMA!!!!!!!!!!!!!!”

Nothing wrong with the fact Kevin likes Stickam of course. Nothing wrong except the rooms he chooses to present himself have caused many Stickamers to become disturbed. Rooms such as this 16 year old, again in which he was modded:

His public presence in these rooms prompted some Stickamers to begin digging into Kevin’s past. Something Kevin likely did not want. According to Florida State public record, Kevin was imprisoned from 1991 to 1998 for two counts of Indecent Assault on a child under 16. Crimes he committed earlier in 1988 & 1989. As to what exactly these offenses were, there are a few possibilities. 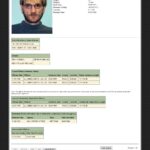 This raises questions about Stickam policy. In the summer of 2007, Myspace deleted and banned 29,000 sex offenders from their database. This is a task that sounds almost impossible — to track down and positively identify every account of sexual offenders. But in the case of Kevin, another swift ban would come as no surprise.