In general, breakups are a veritable cornucopia of drama, n00dz and on-cam mudslinging. Yet Kayvon Zand and Little Miss Paige seem to be the exception that proves the rule: Since their separation neither one has publicly dished dirt on their ex. Thankfully discretion means nothing to Ev0, a hacker who had on their websites—and allegedly on their various holes in a drunken 3-way. 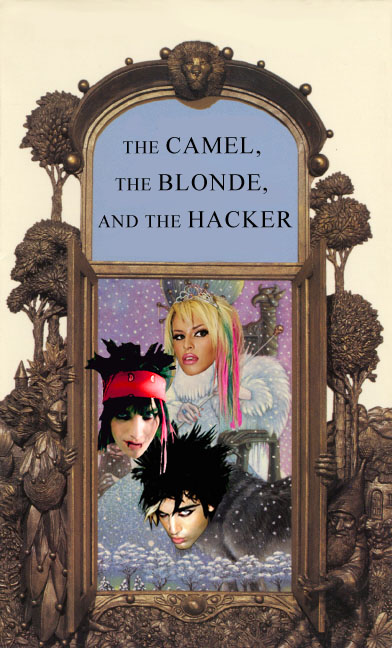 While mostly known for hacking Myspace accounts, from time to time Ev0 terrorizes innocents on Stickam as well. Recently StickyDrama found him Live, telling his viewers all the lubricious details of the fuckfest.

Cocksize and sodomy being topical subjects on StickyDrama, we remark that Ev0 claims to be the better-endowed, and unfortunately that no male assholes were penetrated.
When asked to confirm or deny the story, Kayvon replied with a question: “Who’s Ev0?” After being linked to Ev0’s profile, he just said “I don’t do bestiality.” The shameless self-promoting e-whore then once again reminded us to vote for him in the Vman Ford Models 2008 Model Search.
The characteristically loose Paige was for once tight-lipped. While acknowledging a certain familiarity with both Kayvon and Ev0, she had “no comment” in this particular matter.

Break Out the Champagne, Cocksuckers!