Early this morning Bam Margera, professional skateboarder known for his role in Jackass and its spinoff Viva La Bam, exposed his genitals, expressed his dislike for “frat boys,” and enjoined very young (probably underage) girls to “stick your fingers up your pussy.” 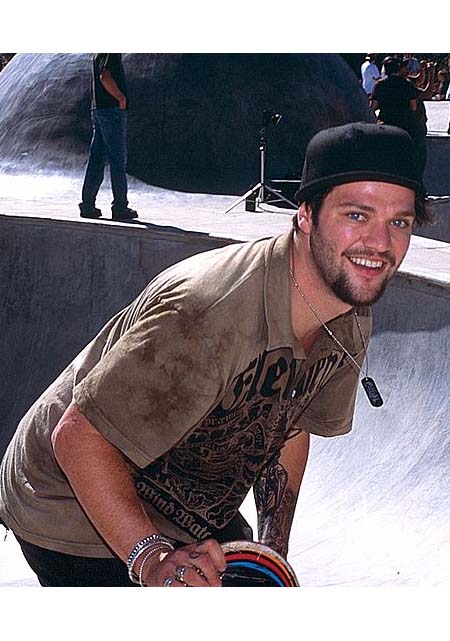 StickyDrama was sipping on nice glass of red Bordeaux, preparing for bed, when suddenly all hell broke loose. Junior was the first among many Stickam users to send us links to Will Powers’ room (whoever the fuck he is) where we were told Bam was flashing his manhood, corrupting minors and generally making a drunken ass out of himself. While we were not present during the actual whipping out of his goodies, we thankfully were sent screencaps which are posted in our n00dz section. We did however screen-record theenough of his rants to demonstrate what an utter disgrace the TV star had become.

It was apparent that neither Bam nor Will had any idea how to operate their Live, that they could kick and moderate viewers; and soon their chat became an unintelligible mess of spam. Eventually he flirted with and modded Chelsea Lynn, who got rid of the spammers. But who cares? Go see his cock.
http://www.stickam.com/willp0wers