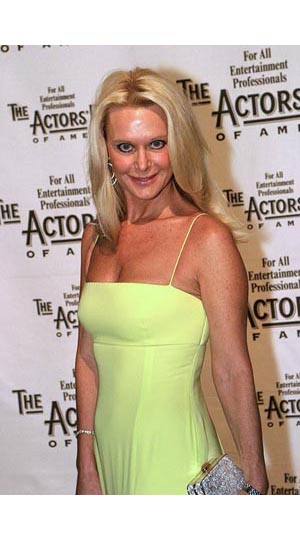 49-year-old Tricia Walsh-Smith skyrocketed to e-fame this week, her so-called “YouTube Divorce” video approaching 3 million views. For kiddies unfamiliar with Mrs. Walsh-Smith, she’s the first woman to describe the very intimate details of a bitter divorce on YouTube.
Today her video was removed from her YouTube account; we’re embedding other copies as they become available.

StickyDrama wants this crazy bitch on Stickam. Nursing a fat bottle of Scotch. Violently swinging a laptop throughout her Park Avenue apartment. Revealing her 74-year-old husband’s sexual inadequacies. Prank-calling his assistant. Sobbing uncontrollably at the possibilty that she won’t get her $500,000 per year “pension.”
Message her on YouTube, over and over. Explain that thousands of live viewers will sit spellbound and listen to “poor, vulnerable” Tricia babble unintelligibly. Disputes over estates tend to lag on for years, and with 3 million views on YouTube we can easily foresee a few thousand joing Stickam just to follow the vicissitudes of her messy divorce.
http://www.youtube.com/user/walshsmith1

@DarrenShuman Has A Hole Nobody Would Touch