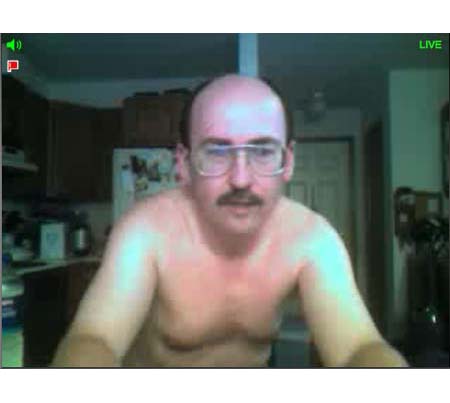 Bemine4fun is one of those arresting freaks who defy easy categorization. He does not, as far as StickyDrama has observed, get naked; but there is without a doubt something eerily sexual about his on-cam routine. He jogs shirtless on a trampoline. Usually while blaring outdated music. Sounds uninteresting in words, but electrifying when Live, in which his text chat is a constant stream of LOLs and insults.

Viewers have but to read his Stickam profile to understand that Bemine4fun is somehow turned on by his workouts. “Nothing’s wrong with me,” he begins in his About Me section. He is here “to get my fair share of abuse.” And of course he adds, “I don’t ban for getting naked.”
http://www.stickam.com/bemine4fun

Peen On The Line