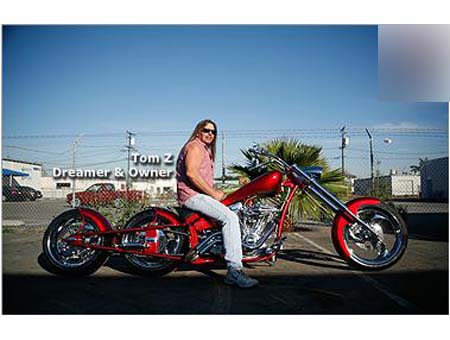 Meet Tom Z, sponsor of The John Hock Show, owner of pictureyourprize.com, owner of tubedude.com, and the sugardaddy whose cock John allegedly has to suck to get his $400/week allowance.
John met Tom innocently enough, at Starbucks. Tom noticed the young piece of boy-butt and offered his card. (He also suggested that Hock get a haircut.) At this point Hock had been used to earning money by providing *ahem* companionship to gay men: 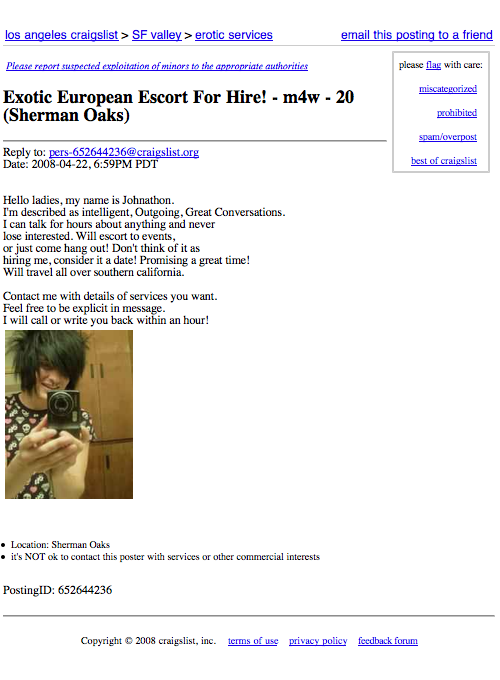 StickyDrama had been aware of Hock’s Craigslist ad for months; we initially assumed it was a joke, and didn’t bother to post it here. But recent information supplied by a very, very, VERY credible source (who wishes to remain anonymous) reveals that the ad was real, and provided Hock with some much-needed income. Despite the ad’s “man for women” categorization, Hock’s clients were all men. However, Tom did not meet Hock from Craigslist, and probably does not know that Hock has whored himself out to other men before him. John referred to these whore sessions as “dates,” the most common euphemism used by prostitutes.
As for the particulars of his “dates” with Tom, at first John would only perform stripteases and lapdances, as was his routine with previous clients. But gradually their time together became more intimate, mostly in proportion to the the amount of money & gifts Hock received. Our anonymous source clarified that while Hock did not get buttfucked, he did admit to sucking Tom’s cock.
And speaking of gifts—these laptops and phones and cameras earned by cocksucking are the very same prizes supposedly given away on Hock’s show. We say “supposedly” because our in-the-know anonymous source assures us that the so-called winners actually pay Hock for the prizes, albeit at a steep reduction off the original purchase price. Tom is apparently unaware of the rigged nature of the prize giveaways, and would likely disapprove—despite the $4,000/week our source estimates Hock’s traffic brings pictureyourprize.com.
But why not allow our readers to enquire with Tom himself as to the veracity of our source’s allegations? While StickyDrama’s general policy is not to post personal information on our blog, we have no qualms posting contacts for a business; and Tom’s business, Free Pass Marketing, is run out of Tom’s apartment at the Avalon Woodland Hills, a luxury apartment community.
Free Pass Marketing
20544 Ventura Blvd #212
Woodland Hills, CA 91364
email: info@freepassmarketing.com
818.587.3337
818.231.0865
818.298.3004
http://www.stickam.com/johnathonhock