While StickyDrama doesn’t claim to be The New York Times, we do try to maintain certain journalistic standards. In particular we are hesitant to post any story that is unsupported by screencaps, video recordings or first-hand testimony such as AIM logs. 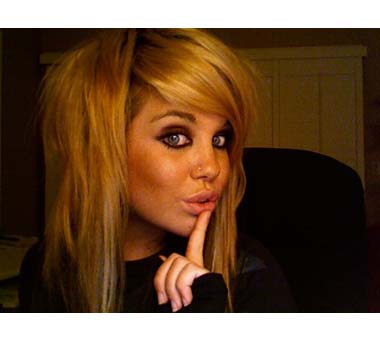 For the past several days StickyDrama has been furtively PMed rumors of a so-called “kickback” arrangement between Audiowh0regasm and Matthew Lush. The rumor goes thus: Audio agreed to give the disgraced spamgod $1500 of her $2000 SXSW prize money in exchange for his unfairly influencing the contest. Specifically, it was he who insisted that Audio be placed among the top 20, which Stickam allegedly did not desire to do. Although he continued to promote her, he did not use his connections at Stickam to influence the voting during Rounds 2 and 3.
Sounds juicy, but StickyDrama has not been sent one shred of evidence to back up the claim. Not a single Stickam user would even agree to be cited as a source. Our frustration at the lack of concrete evidence grew and grew until we finally asked Audio directly. Here was her response:
(her screen name has been blurred for privacy) 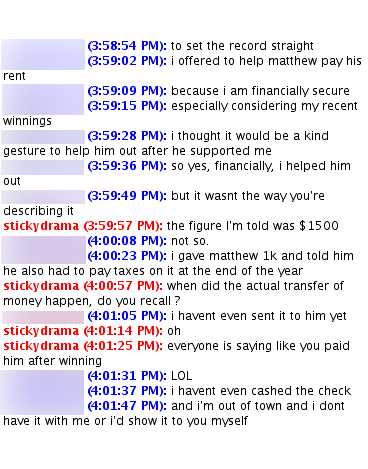 StickyDrama is inclined to side with her version of events until credible evidence proves or at least suggests otherwise. After all, Audio could simply deny she ever had any plans to give Lush any money at all; why would she confirm helping Lush pay rent? So please, do not send us further information regarding this matter if it is entirely hearsay—and anonymous hearsay at that.
http://www.stickam.com/audiogasm
http://www.stickam.com/gaygod