Paul Nigher, acting on behalf of LiveVideo.com, has been approaching some of Stickam’s most popular Entertainers, offering them incentives to defect to his company’s site. 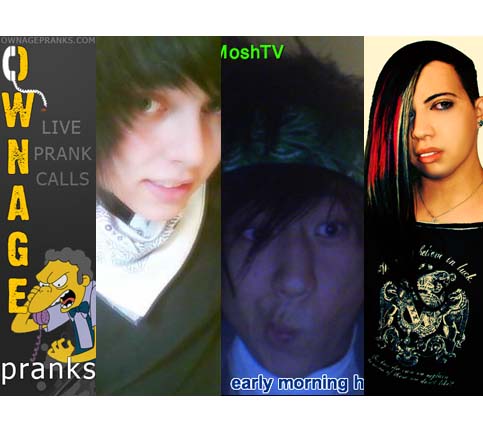 Mr. Nigher has been “reaching out to some of the top content producers” on Stickam such as Ownage Pranks, Dani Mosh and Anthony Vanity, in hopes to make Live Video a better place than the vapid shithole it presently is. As any Stickam user who has been to the site is well aware, almost no one is Live on LiveVideo; and the few who are rarely have more than a handful of viewers in their poorly designed channels.
Hello Kitty-wearing Jew Elliot Ben was accommodating enough to provide StickyDrama with the series of communications Mr. Nigher had sent him.
CLICK TO READ IN FULL RESOLUTION: 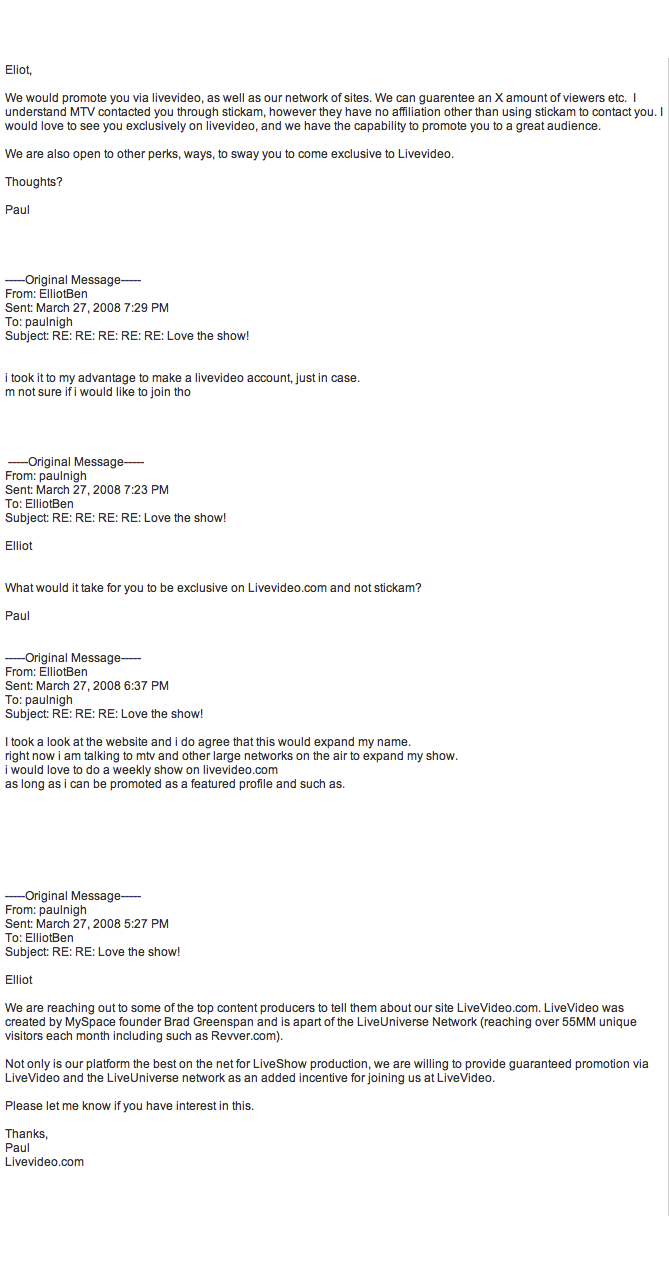 Unimpressed by Mr. NIgher’s promises of “guaranteed promotion” and “other perks,” none of the solicited Stickam users are inclined to grace LiveVideo with presence unless offered some monetary incentive. Frankly, they’d be foolish to waste their time on such a dead site like LiveVideo, and outright stupid to consider leaving Stickam.
StickyDrama is curious what will become of Paul’s Stickam account, now that Admins are no doubt aware of his activities.
http://www.stickam.com/paulnigh