Many StickyDrama readers were quick to notice that the Audiowh0rgasm seen during SXSW was somewhat different-looking than the Audiowh0rgasm familiar to Stickam. The mystery is sure to be revived, now that two new, vastly different n00dz of the Entertainer have been released. 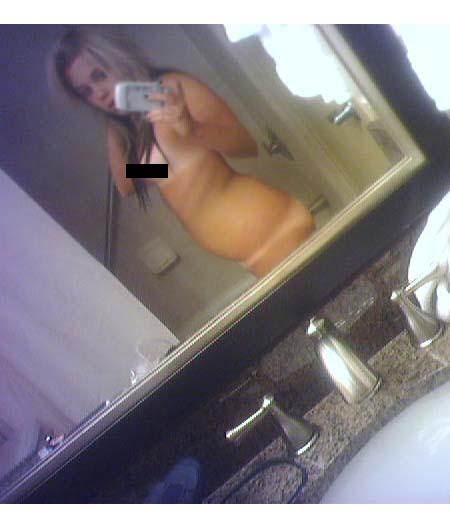 The above photo was released in reaction to another, much more slender photo that was also sent to StickyDrama, by yet another anonymous angel. The photo below has been passed around all day long, and struck many as false: 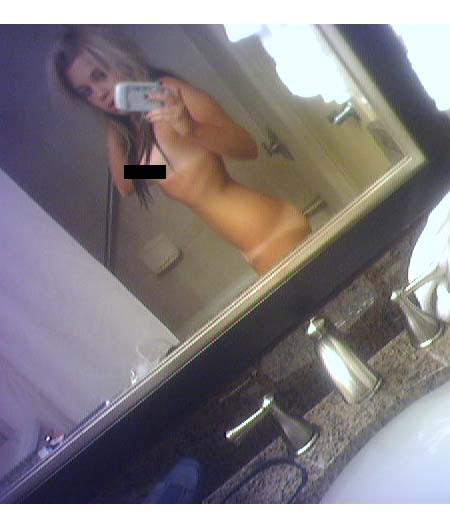 Truth be told, StickyDrama is not very impressed by the slender version. While its retouching is convincingly photorealistic, the Audio depicted therein strikes us as an Ethiopian runway model, simply too thin to be believed. And too unhealthy to be desirable.
On the other hand, whereas the untrained eye is quick to take the plumper belly for the real one, StickyDrama actually suspects MORE Photoshop in the supposedly “unretouched” photo. Real photos, especially low-quality digital ones, have “digital noise” or “grain” … little specks that pepper the entire image. We could not help but notice how the rotund Audio’s belly is very smooth—a clear indication of amateur retouching.
So where does reality lie? Probably somewhere inbetween. Rather than come down definitively one way or the other, we post both photos and allow our readers to debate their authenticity. In order to maximize the exposure of these photos, which as n00dz go aren’t very scandalous, we have decided to cover her left nipple and post them on our main page.
May the vicious comments begin!
http://www.stickam.com/audiogasm