This morning Caroline Cupcake, daughter of the next appointed US Ambassador to Germany, revealed to StickyDrama that she had run away from her elite boarding school in Towson, Maryland. 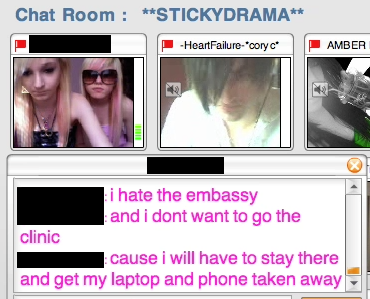 17-year-old Caroline explained the reason behind her bid for freedom: She was about to be transferred from her school to a clinic for anorexic teens. Caroline claims to “love eating” and does not believe she is anorexic, although she admits she “used to be,” such as in this photo from 2 years ago with her high-profile mother: 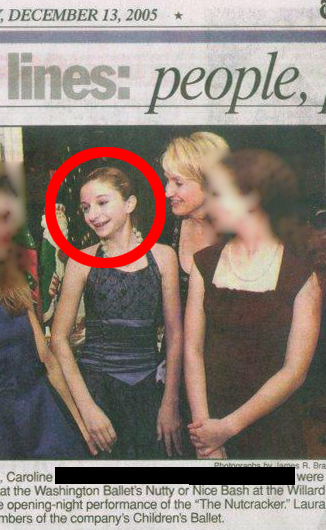 Since her 18th birthday is January 2, she plans to spend several months “Stickam hopping,” or crashing at the homes of various Stickam users. Please, Caroline, don’t crash in Hock’s car.
UPDATE: Multiple sources have informed StickyDrama that police arrived at jamieisshort’s residence and took Caroline into custody early this Tuesday morning.
Jamie herself told StickyDrama that Caroline’s mother arrived with one police officer at approximately 3am. Her mother was extremely upset, and Jamie’s parents weren’t too thrilled about the situation either. Caroline had been at Jamie’s home, which is only 15 minutes from Caroline’s boarding school, for just over 24 hours when the police arrived; she was online & smack in the middle of buying a bus ticket to Los Angeles as they knocked on her door.
Jamie noted that Caroline did not seem to have anorexia: “we made an entire box of tofu chicken nuggets since im a vegeterian and then im not gonna get started about taco belll…im surprised she didnt blow up.”