Boys and things going into butts are always high-priority headlines on StickyDrama. So it is we report that Tony and Stace, the young cuties behind the “In The Butt” video, have both made Stickam profiles and are applying for a Featured timeslot on the Front Page. 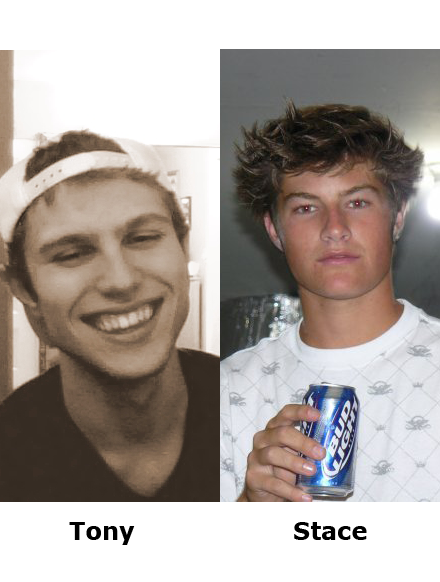 Tony, who had uploaded the wildly popular video to YouTube, learned of Stickam after being sent a message on Myspace. Impressed by the potential for exposure, Tony recently convinced his friend Stace to join Stickam as well. It was Stace who videotaped his sister’s ownage and screamed repeatedly that she could have been anally raped when she met someone from Myspace.
If these boys are as entertaining as they are suckable, they’ll be huge.
http://www.stickam.com/staceklinger
http://www.stickam.com/tonyd17