Two-thousand years have passed since the crucifixton of Jesus Christ. Two-thousand years of suffering had to be endured, until the Lord would forgive the Jews for the murder of His only Son. Two-thousand motherfucking years the Jews have waited for the mercy of God to shine on them, and let there be born a cute Jew.
Elliot Ben is that Jew. 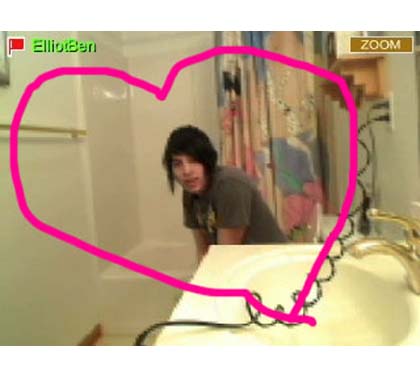 Before he became the chart-topping subscription whore familiar to most of Stickam, Elliot was shameless in his efforts to attract more viewers. Especially pedofags. Left and right he would shake that tight little ass, wearing Hello Kitty pajamas to appear even younger than he is.

If Elliot’s ass is half as tight as his wallet—buy a fucking ad, you cheap jew—he’ll make a fantastic bottom.
http://www.stickam.com/elliotben