Jimmy The Stalker, an infamous Myspace and Stickam perv who stalked and harrassed countless girls and boys, was royally ownt by BreathTakingTony. 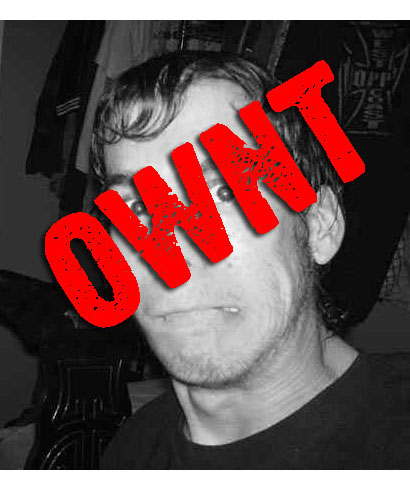 Though he went by many usernames, such as Jimmy Suicide, Jimmy Incinerate, Jimmy Vicious and Jimmy Breakcore, he earned the sobriquet “Jimmy The Stalker” due to his obsessive and threatening personality. Jimmy used fake names and pictures to gain his victims’ trust, and once close enough he would ask for their cellphone numbers or aims. After a brief period of false friendship, Jimmy would ask for nudes; if the girls refused, he exploded in a terrifying rage and threatened to kill their families, rape them, or kill them. He is said to have coerced a 15-year-old girl into sex in a park using such tactics, of which one of his victims (who wishes to remain anonymous) sent a convo:

A glance at Jimmy’s own photos indicates that he had difficulty finding love. 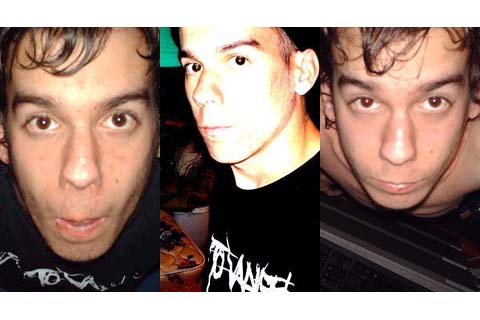 Months and years of this harassment befell hundreds of girls, until one day Jimmy showed up in StickyDrama’s chatroom, PMing serveral male and female users for nudes in threatening language. Then Jimmy demanded n00dz from Tony’s girlfriend Swayyy. Furious, that night Tony sent Jimmy’s computer a “rat,” which allows remote connection to an infected computer—enabling Tony to use Jimmy’s computer as his own, and giving him access to Jimmy’s treasure chest of n00dz. Tony collected over 4,000 nude images of random camwhores and uglies from Jimmy’s hard drive, which he then deleted. Then, to make the ownage official, Tony defaced almost all the douchebag’s Myspace and Stickam profiles. 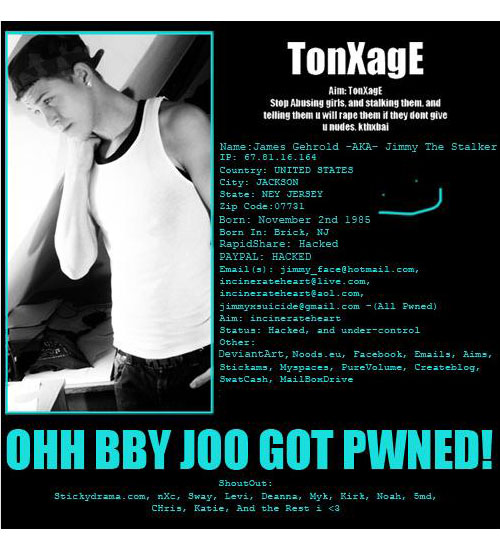