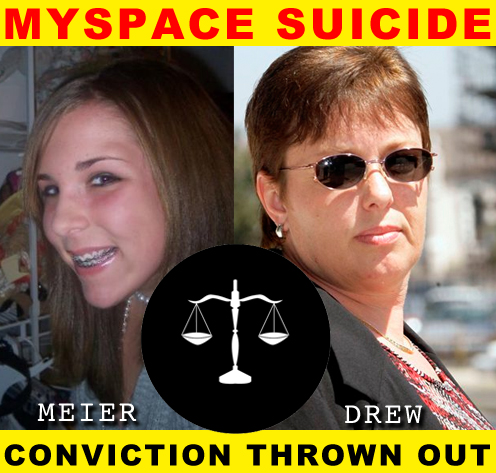 U.S. District Judge George Wu hinted back in July that he would throw out Lori Drew’s conviction.  A federal jury had found Ms. Drew guilty of violating the Computer Fraud and Abuse Statute, a verdict which essentially made violating a company’s TOS a federal offense.  The move placated a nation outraged at an adult’s cyberbullying a 13-year old girl, but was widely criticized in legal circles as improper jurisprudence.
On August 31, Wu officially set aside the jury’s verdict, and ruled certain sections of the Computer Fraud and Abuse Statute unconstitutional.  The U.S. attorney’s office in Los Angeles—the same jurisdiction as Stickam and yours truly—said no decision had been made yet about a possble appeal.
Readers can download the complete ruling here.

Have Caps of Richard? The News Needs YOU!