Pretty Nicki, the ebulliently blonde friend of spamgod Matthew Lush and the former n0dz, this week treaded were str8 boyz twice her size have durst not go. 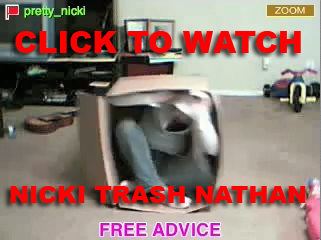 Nicki trash-talked a handful of online personalities in her Live, but saved her most spiteful critique for infamous hacker NathanAmazing, quite possibly the wickedest cocksucker alive whom she said “couldn’t hack his way out of a fucking cardboard box.” Nicki and Nathan have considerable bad blood between each other, starting from when he threatened to have her Stickam account deleted: 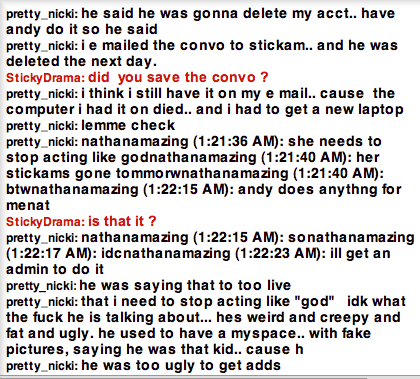 Nicki reported Nathans’s threats to Admins who promptly deleted Nathan’s account, a bold move which was mysteriously followed by the de-activation of cellphones belonging to various Stickam employees and their family members. Nathan’s original account remains deleted, although he still uses a secret account to roam Stickam and extort n00dz from str8 boyz incognito.
http://www.stickam.com/pretty_nicki