Cody Collier, known on Stickam as Too Live, coll1er and leader of the now-defunct Team n0d, has finally been found. 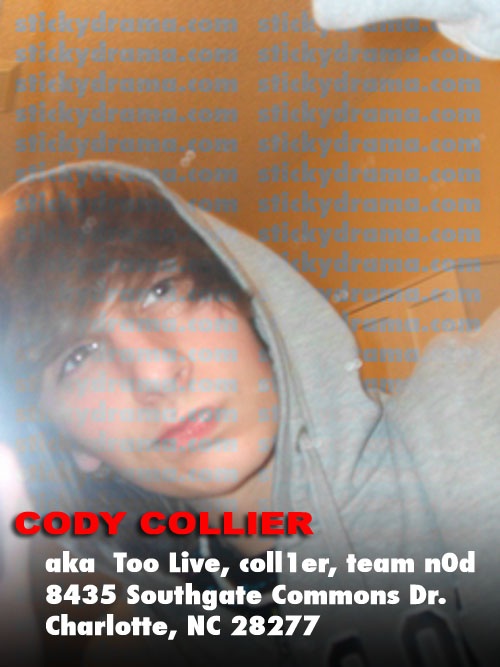 The teenage hacker, whose attacks against Stickam ultimately resulted in a Cease & Desist Letter, made national headlines in The New York Times and attracted the attention of the FBI.  Cody admitted as much on his own blog, which is presently offline. 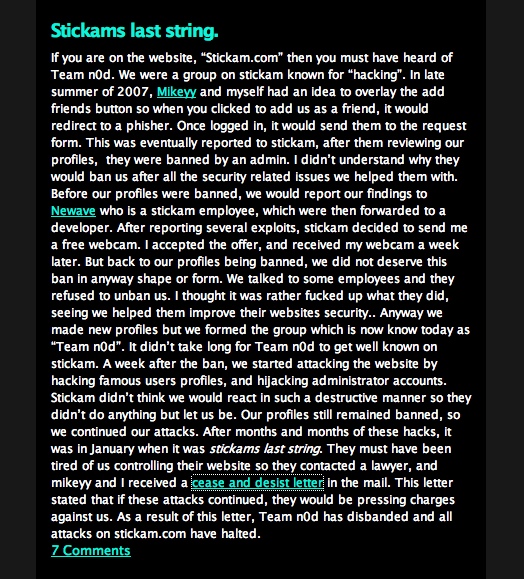 StickyDrama, whose site Cody has hacked several times in the past, visually confirmed that Collier resides with his mother Denise Zampano (the surname Collier comes from his estranged father) at  8435 Southgate Commons Drive, Charlotte, NC 28277. We even snapped a nightvision shot of his mother’s license plates: 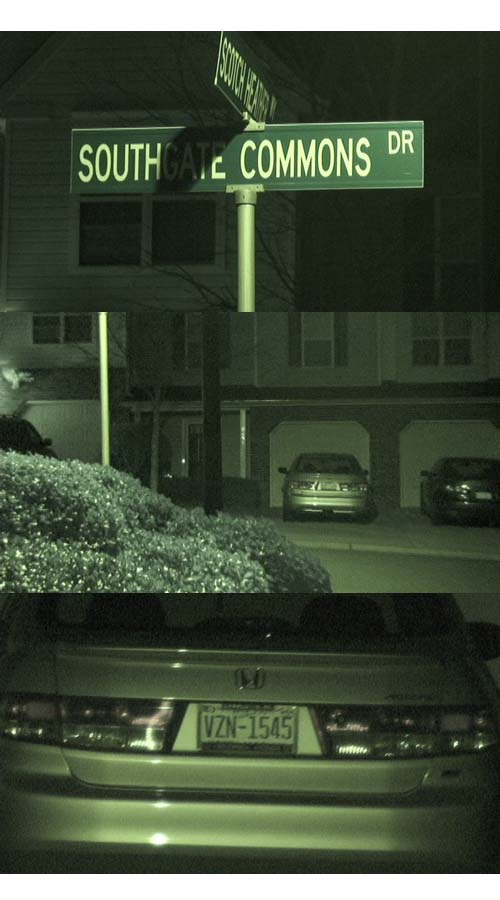 While we don’t normally post personal contact information, this struck us as a worthwhile exception:  The countless users whom Cody stalked and harassed might wish to inform his mother what a naughty son she has—too bad she doesn’t have a publicly listed phone number.  However, her relatives Steve and Vanessa Zampano do.  (We recommend talking to Steve, he’s a lulzy Jesus freak.)
http://stickam.com/hacker