After screen-recording softwares like SnapzProX and Camtasia, breakups are probably StickyDrama’s best source of dirt and n00dz. So it was with great jubilation that we received news of Tomy Toolshed’s breakup with his girlfriend of almost 4 months, Britni. 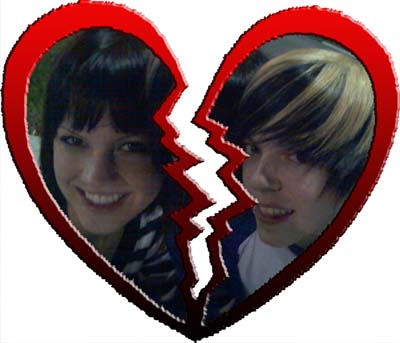 Both sides leapt into a trash-talking of the other, with Tomy’s being the most vituperative. Apparently he was outraged that Brini had gone Private with Dylan Maniac, a mutual friend of Tomy & Brini. Tomy accused her of “stripping” for Dylan; Dylan & Britni claim everything was harmless chat, and they just wanted some privacy from cappers.
Things took a vicious turn, first when Tomy declared multiple times that Britni’s pussy stinks “like a sewer” and offered to send StickyDrama more of her n00dz. (She has many floating around online.) Then Dylan chimed in, describing how Toolshed shamelessly couched-surfed from Sammantha in Chicago to Britni in Florida. The exploitative picture Dylan painted of Tomy is far darker than the lovey-dovey one found on Tomy’s Myspace, in which he professes his love for Britni:
CLICK TO READ IN FULL RESOLUTION: 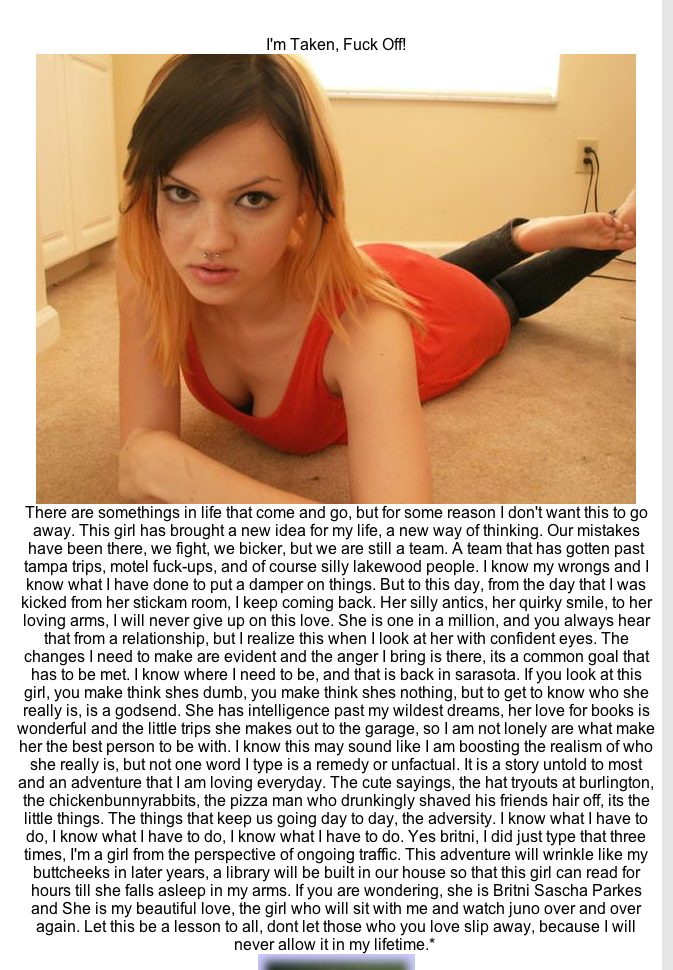 CLICK TO READ IN FULL RESOLUTION
Then it was Britni’s turn to spill the beans to StickyDrama. In addition to sending us new n00dz of Tomy, she detailed how he would frequently slap her on-cam, and ran up a $300 phone bill on her account talking to other girls and fighting with Stickam’s cutest Jew, Elliot Ben. She also confirmed that her parents demanded that he leave their home, due to his inability to hold down a job.
Please see our n00dz section, for the n00dz of both Tomy & Britni.
The follies of the heart are so delicious to follow, and those on Stickam are the tastiest of all.
http://www.stickam.com/profile/dollieanon
http://www.stickam.com/tomytoolshed