StickyDrama hasn’t checked the ol’ Matthew Lush category in what seems like an eternity, and god damn it felt good!  His blond beau Connor Jon tweeted recently that Lush dumped him. 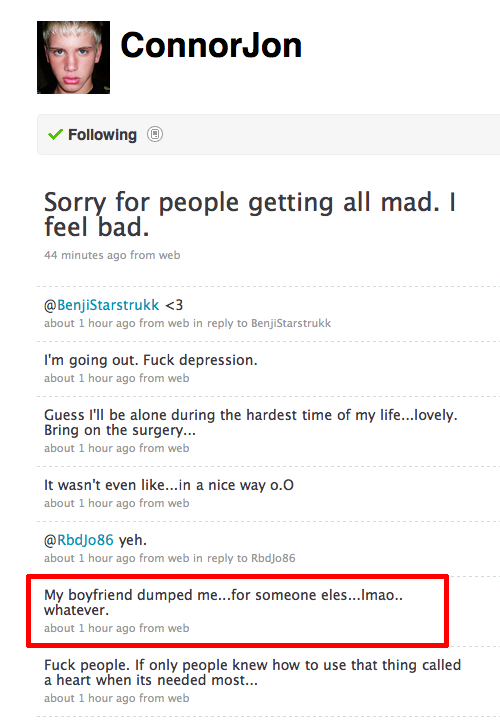 Lush’s twitter, meanwhile, is curiously silent on the matter.  On Lush’s Myspace, we noticed a cheesy poem that might obliquely confirm the breakup; yet his main Youtube video remains his and Connor’s one-year anniversary.

Didn’t have to be Miss Cleo to see this one coming.  It must have made Lush fret, everyone always asking him what a cute young fagling like Connor was doing with a phony aging queen like him—and fretting just makes more wrinkles!   “Someobody else” is someone who will undoubtedly make Lush look less old and ugly.