From the outset, StickyDrama knew that studpuppy Dennis Hegstad and asshole-flashing has-been Chris Crocker were never really dating. Dennis had assured us that it was all a publicity stunt. 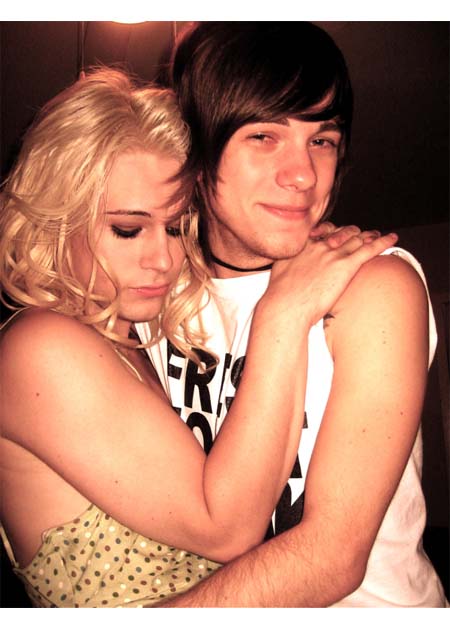 But out of that dirty lie, some beautifully genuine drama sprouted. A week into their phony online romance, Crocker & Dennis met irl at Regina’s. The blonde tranny, whom witnesses described as “drunk,” tried to kiss the str8 cutie; Dennis refused and walked away. While he didn’t mind hugging for a picture, kissing a nasty cocksucker like Crocker was too much for his stomach to handle. Thereupon—and this detail was confirmed by Frankie Donjae and Tyler Wade, who were also present—thereupon, Crocker began yelling that Dennis was a “closet case” and that his girlfriend (who was also present) was a “bitch!”
Dennis and his girlfriend were highly offended and left immediately, as the humiliated Crocker was stewing in his tranny juices. Later, Dennis noticed that he had been removed from Crocker’s Top 8 on Myspace. Of the cocksucker’s behavior Dennis remarked: